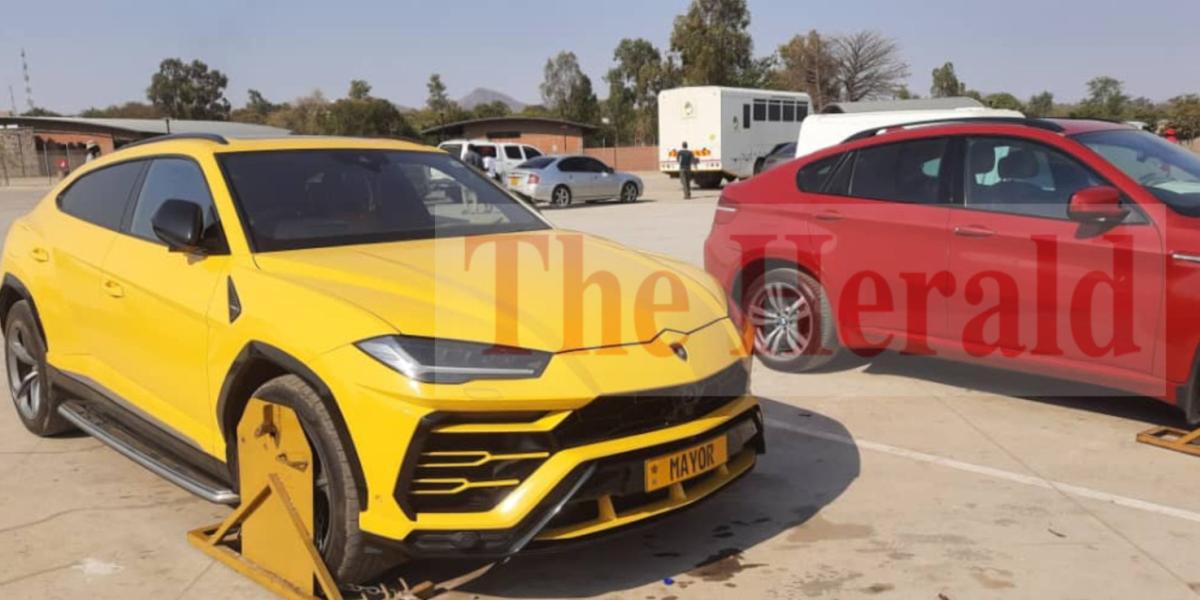 The state-owned and controlled daily, The Herald, released pictures of what it says are Wadyajena’s vehicles that have been intercepted at a border.

According to tweets by the publication 2 luxurious vehicles, a Lamborghini and a BMW were intercepted on suspicion they were being shipped to South Africa.

Wadyajena was arrested earlier this week and charged with fraud for money amounting to US $5 million. He was freed on ZWL $200k bail a day later in a move seen as part of a “Catch and Release” routine by critics of the government.

One of the vehicles reported to be intercepted, the yellow Lamborghini, resembles a vehicle he was reported to have imported a few years ago.

It is not mentioned what the motive to ship the vehicles to South Africa would be.

Wadyajena is Zanu-PF Gokwe-Nembudziya Member of Parliament. There has been no comment from his party on the arrest or the corruption charges.