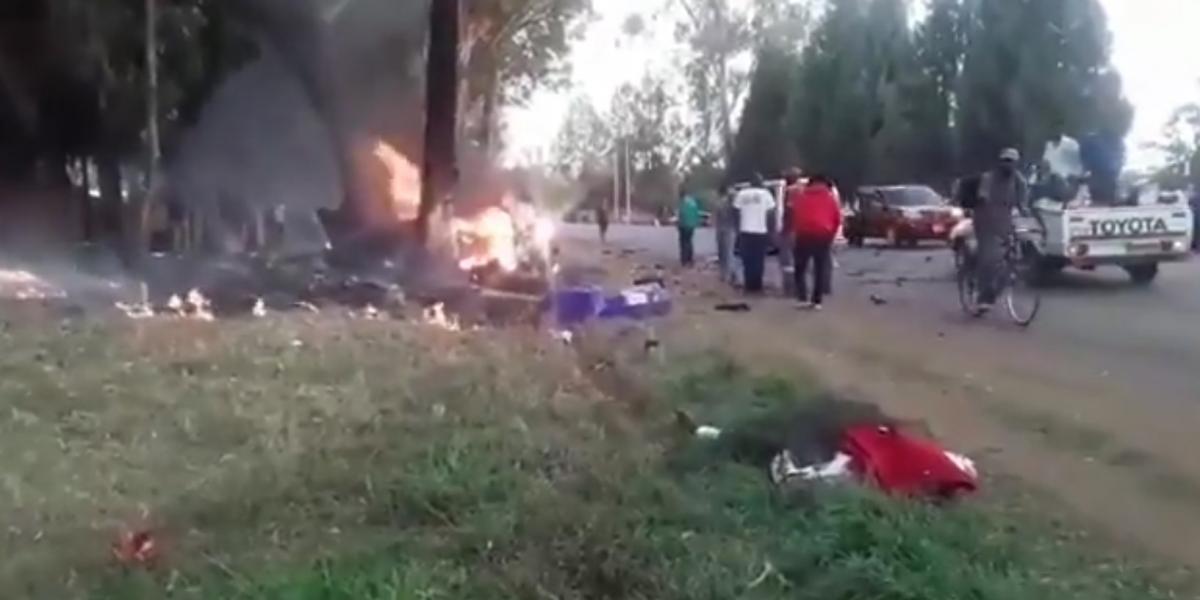 A video of the burning remains of Ginimbi‘s car that crashed after it hit a tree in high speed. Ginimbi died this morning in Harare after being thrown off his car as it crashed.

Reports suggest that the businessman died in a road accident in Borrowdale, Harare.

Zimbabwe national police Spokesperson Assistant Commissioner Paul Nyathi confirmed Ginimbi’s death saying he died on the spot.
Ginimgi’s car was involved in a head in collision between 5 and 6am.

Here’s another video by motorists passing by the scene: