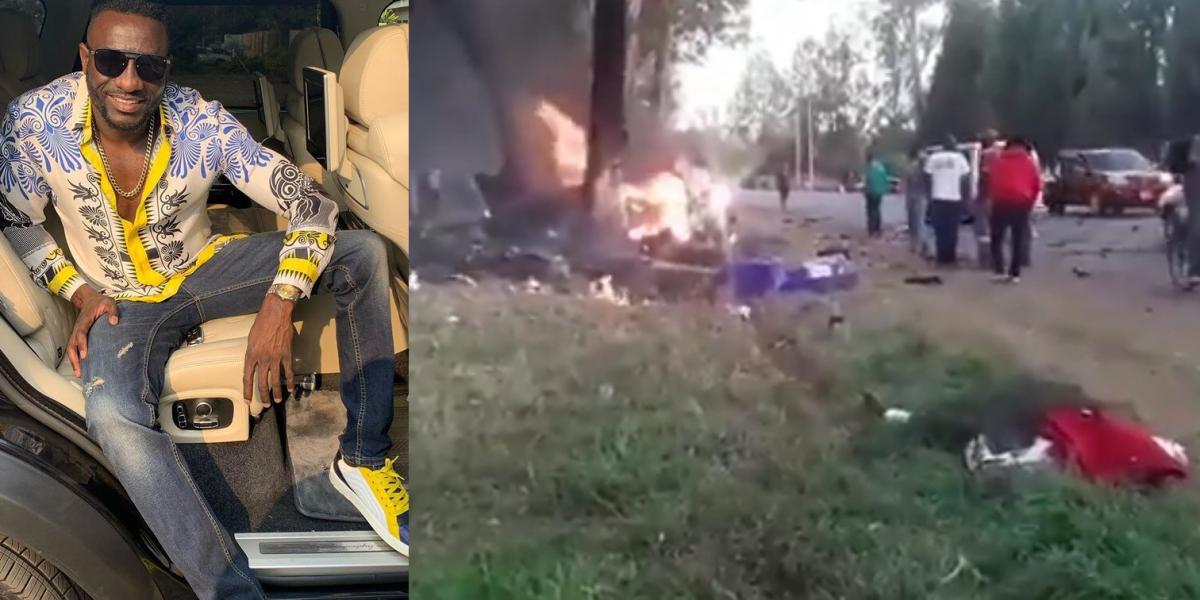 Genis Kadungure has died. He was aged 36.

Popularly known by his nickname, Ginimbi, he died after a high-speed car crash in Harare. Witnesses say he was thrown off the vehicle which burst into flames after the crash.

Driving at high speed in his Rolls Royce car, Ginimbi was with 3 friends. They were returning from his club, Dreams Nightclub, where they were celebrating the birthday of one of the friends in the car, a woman named Moana.

I feel like hell, I dont even know which words to even use, Genius Kadungure has been called by God, he is no more. He was in a terrible accident around 5am, he died on the spot with 3 of his friends in the car, Karim, Elisha and Moana – Ms Shally.

It is not clear who is tweeting on his behalf.