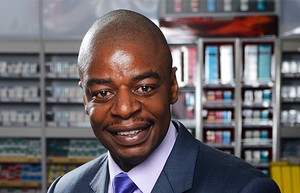 Businessman Adam Molai who is also the late Robert Mugabe’s son in law, has taken time to respond to concerns regarding his all-white 50th birthday party celebrations which were attended by some exiled G40 members, Saviour Kasukuwere and Patrick Zhuwao.

Together with Jonathan Moyo and others, the G40 were a group of politicians who were opposed to Emmerson Mnangagwa succeeding the now late Robert Mugabe.

The group’s leaders were exiled when a Military coup ousted Robert Mugabe in November 2017.

The group is reported to still have some influence within Zanu-PF and the general political landscape in Zimbabwe.

Molai’s comments come after the detention of popular musicians Jah Prayzah and Killer T at the Robert Mugabe International Airport upon their return to Zimbabwe after they performed at his party in Capetown. While reports said the two musicians were detained for having suspicious COVID-19 certificates, some Twitter users said the detention was political.

In a Twitter thread, Molai explained the presence of some G40 members and said Walter Mzembi who was reported to have attended the party was not present. He denied any reports that the birthday party also served as a political meeting.

Pindula News publishes the thread below:

We had a weekend celebration with a few family members and friends, which number was greatly limited by COVID regulations.

I interact positively with all people immaterial of their religious beliefs, political leaning, gender, sexual orientation or creed and therefore will not discriminate against anyone because it doesn’t suit others.

There was no politics or even thoughts of politics over the entire weekend, it was purely a celebration of life.

I have never been involved in politics in any shape, way or form and have never held any political position. I have always been, remain and will die an entrepreneur.

We are all Africans and Zimbabweans and need to focus more on what unites us rather than what divides us. Let’s all embrace each other and leverage each other’s differences for the greater good of all our people.

I believe the greatest sign of weakness is inheriting other people’s enemies as a sign of loyalty. I remain loyal to my principles.