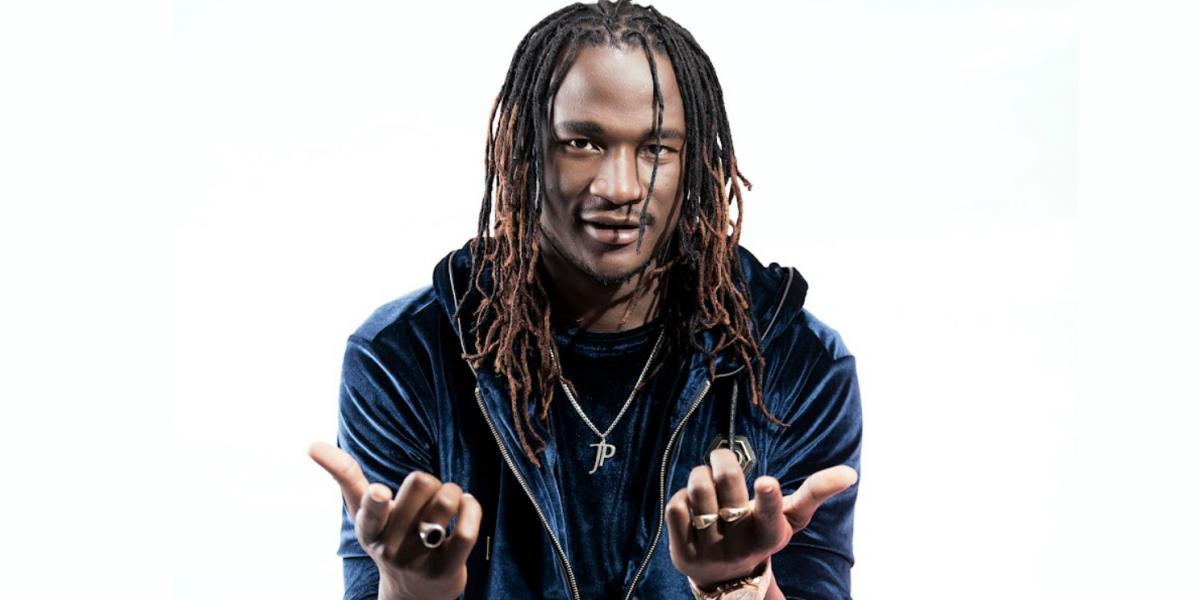 Kukurigo reports that popular musicians Jah Prayzah and Killer T were detained at the Robert Mugabe International Airport upon their return to the country after they performed at a G40-attended party in Cape Town.

The two were accused of having suspicious COVID-19 certificates.

The 2 had to undergo PCR tests before being let go, 4 hours after landing around 8 PM.

The two performed at a 50th birthday celebration for Adam Molai. The event was attended by some exiled G40 members, Saviour Kasukuwere, Patrick Zhuwao and Walter Mzembi who later posted videos of the performance on social media. Together with Jonathan Moyo and others, the G40 were a group of politicians who were opposed to Emmerson Mnangagwa succeeding the now late Robert Mugabe.

The group’s leaders were exiled when a Military coup ousted Robert Mugabe in November 2017.

The group is reported to still have some influence within Zanu-PF and the general political landscape in Zimbabwe.

Posting on his Twitter page, Jah Prayzah explained his presence at the party:

My first ever big and meaningful endorsement deal came from Savanna Tobacco (Pacific) back in 2015. Game rese rakabva rachinja after that. We are in Cape Town as we celebrate the founder, Mr. Molai’s 50th birthday celebrations. May God give you more years and more blessings sir. 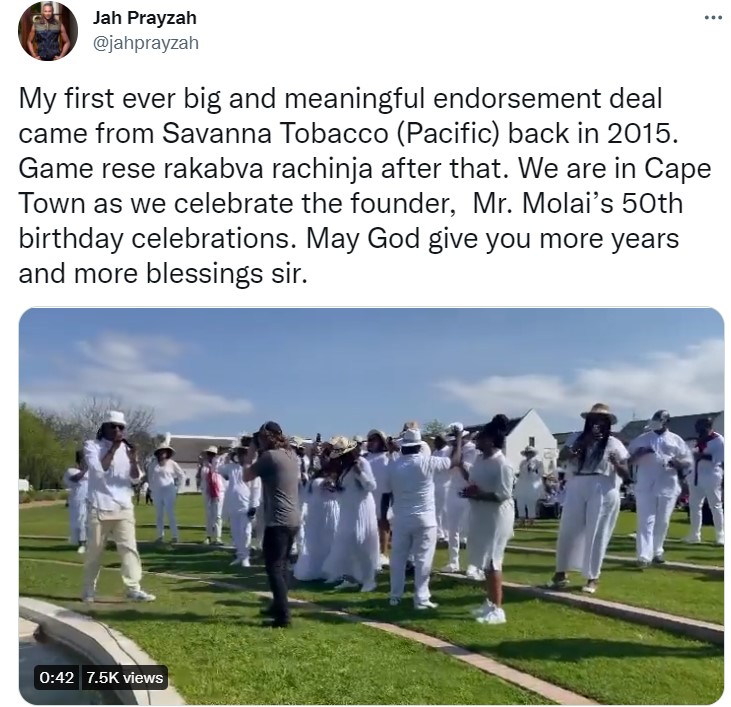