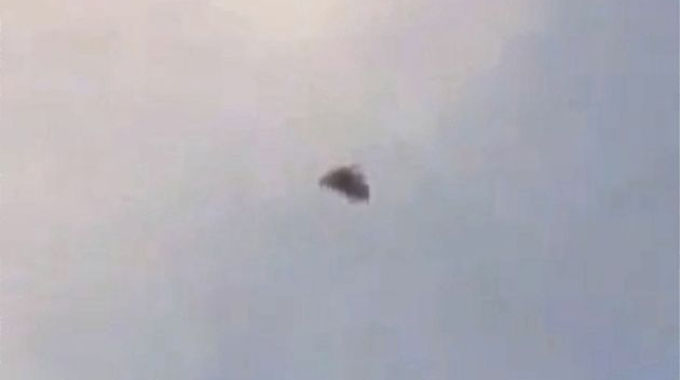 A Chipinge man who fell off his motorbike on Friday last week after witnessing a strange sight of an unidentified flying object in the area has narrated how he got injured and the strange sight he witnessed.

According to ZBC 47-year-old Richman Myambo, narrated the incident from Chipinge District Hospital on Saturday and said:

I was travelling home on my motorbike at around 9am when I witnessed a strange light travelling in the sky. I tried to concentrate on riding, but what made me fall was the sound that followed after the light. I then fell on the bike due to panic. I thought I was dying

I was 100% sober, but I was so confused because I thought I had encountered those strange things people see in dark and thick forests. The object looked like a rocket with fire on its back.

The incident has over the last few days set the rumour mill into overdrive as different people have different versions of what might have transpired in Chipinge.

The Meteorology Services Department of Zimbabwe has confirmed receiving reports of the UFO but they have not yet release a statement on the matter.