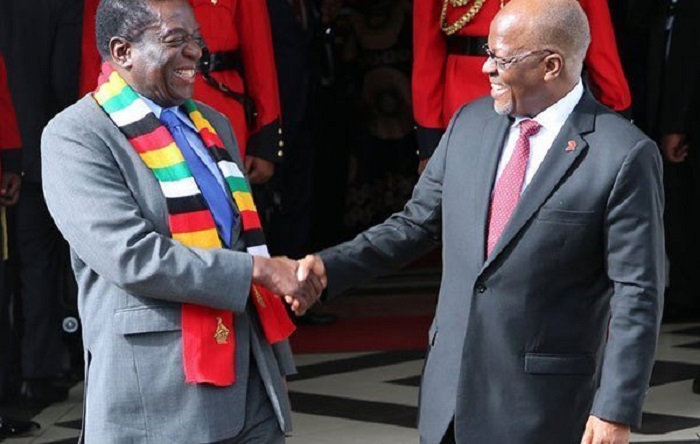 President Magufuli’s untimely death has robbed the people of Tanzania and the rest of the African continent of an exemplary father and astute leader. The legacy of the late President Magufuli is not limited to his untiring efforts to promote development and peace in Tanzania but to the roles he played as a Pan-Africanist beyond the borders of his country.

He was accompanied by Foreign Affairs and International Trade acting Minister Professor Amon Murwira, president of the Chiefs Council Fortune Charumbira and other senior Government officials. and he was seen off at the airport by Vice President Constantino Chiwenga, Chief Secretary to the Office of the President and Cabinet Dr Misheck Sibanda permanent secretary for Ministry of Foreign Affairs and International Trade Ambassador James Manzou.

61 year old Magufuli died last week after reports of him battling COVID-19 in Asia since late February 2021 flooded the internet. However, Tanzania said Magufuli died at a Dar Es Salam due to a heart ailment. He is supposed to be buried on 25 March 2021.