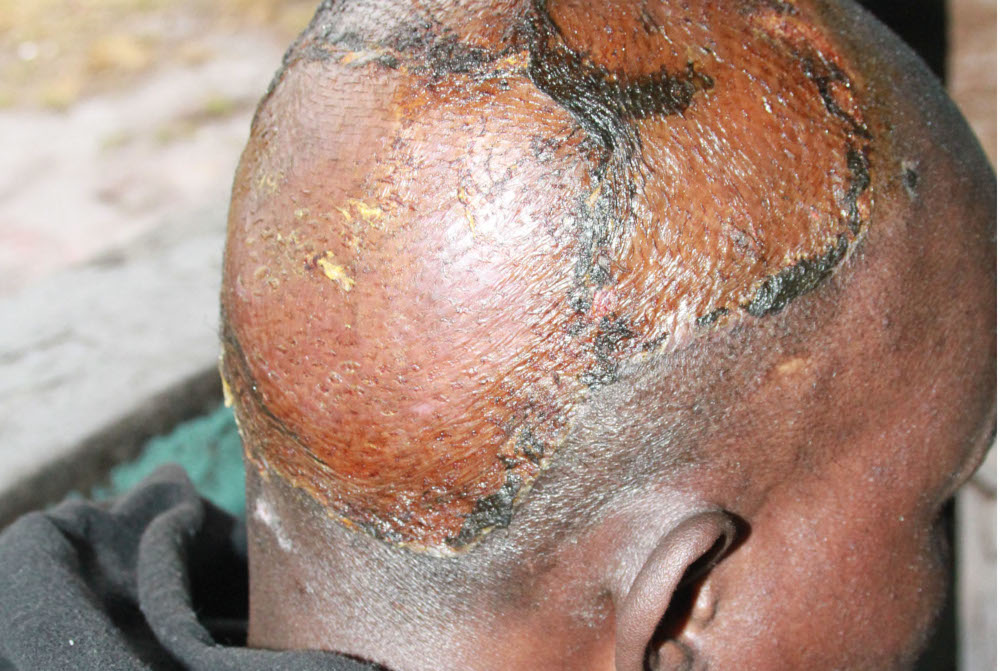 A 43-year old man who has been at the center of contention concerning his cure from a head tumor illness has confirmed that his treatment was at Parirenyatwa Group of Hospitals and no at a local church led by Walter Magaya.

After he was successfully operated on, Pater Manganda explained to The Sunday Mail that he went to Magaya’s PHD Ministries church to thank him for prayers he had received there before the operation. The church however then posted “before and after” images on social media implying he had been healed at the church.

When Parirenyatwa Group Of Hospitals became aware of the post, the sent out a press statement clarifying that the man had actually been treated at its hospital in Harare.

As people who had lost hope, after failing to get help from Parirenyatwa Hospital, we visited PHD on three occasions on April 17, 19 and 21. We managed to see Prophet Magaya on the third day and that’s when he prayed for my brother.

We received a call from Parirenyatwa Hospital on the April 19 to come for the operation. He was admitted from 22 to 26 April 2019 when the operation was successfully conducted.

I can confirm that we only received prayers at PHD, but the operation was conducted successfully at Parirenyatwa Hospital.

We passed through PHD when my brother was released from hospital on the 8th of June just to say thank you for the prayers, not because the tumour was removed by Prophet Magaya