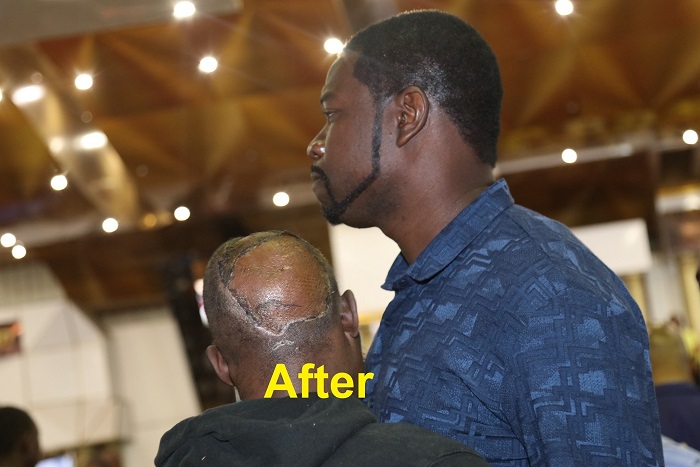 The group claims the credit for the recovery of the 36-year-old Peter Manganda of Marondera purportedly healed by Magaya. Recently, pictures of Manganda were awash on social media amid claims that Magaya had miraculously healed him of a head tumour.

In a statement yesterday, Parirenyatwa said Manganda had undergone successful surgery at the referral hospital and is still due for another check-up soon. The statement reads:

It has come to our attention that there is a false media article on one of our patients… Manganda who had a severe scalp tumour on the head and was admitted at Parirenyatwa Group of Hospitals from April 22, 2019 to May 7, 2019 — a period during which he underwent neurosurgery as well as plastic surgery by our specialist doctors.

It is evidently clear that the patient went to the prophet after the specialist doctors had successfully done the surgical operations.

The hospital is actually in custody of … Manganda’s medical records and he is expected to be reviewed by the same specialists who are still determined to see their valued patient to full recovery.

The hospital said the claims were misleading and likely to discourage people from seeking medical help.

Meanwhile, Manganda has since returned to the PHD Ministries to give a testimony of his recovery through Magaya’s anointing oil.

Prophetic Healing and Deliverance Ministries (P.H.D) is a Christian religious organisation founded in 2010 and led by Walter Magaya who is a self-proclaimed prophet. The organisation rose to prominence around 2012 when it was increasingly reported that the membership was growing very fast and widespread... Read More About PHD Ministries