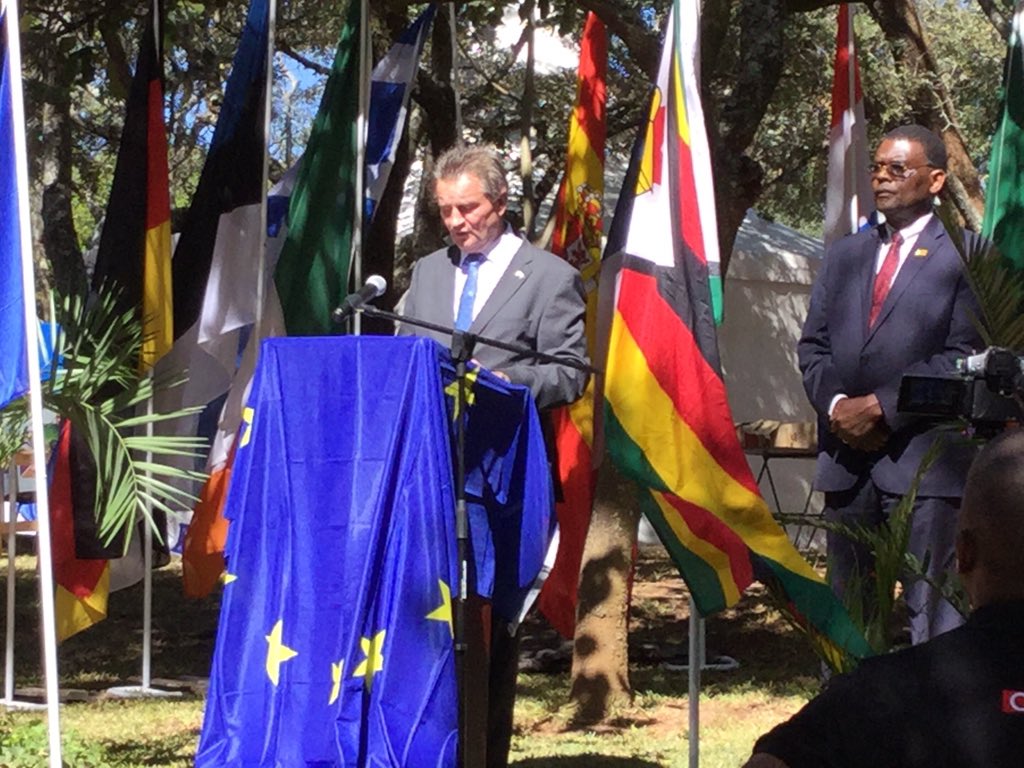 European Union ambassador to Zimbabwe, Timo Olkkonen, said that Zimbabwe’s image and reputation abroad was tarnished by the brutal crackdown on unarmed protestors in January, which resulted in hundreds of people being injured and another 17 were killed by live ammunition.

The protests were in response to the government ‘s ill-thought decision to hike the price of fuel by over 150 per cent, making it the most expensive in the world at the time.

Violence and human rights violations in January resulted in the loss of lives and suffering, tarnished Zimbabwe’s image abroad and were a setback in EU-Zimbabwe relations. I hope we don’t see these events repeated!

Europe Day is observed on May 9 each year, marking the presentation of the Schuman Declaration in 1950, which proposed the creation of a European Coal and Steel Community, the forerunner to the European Union.