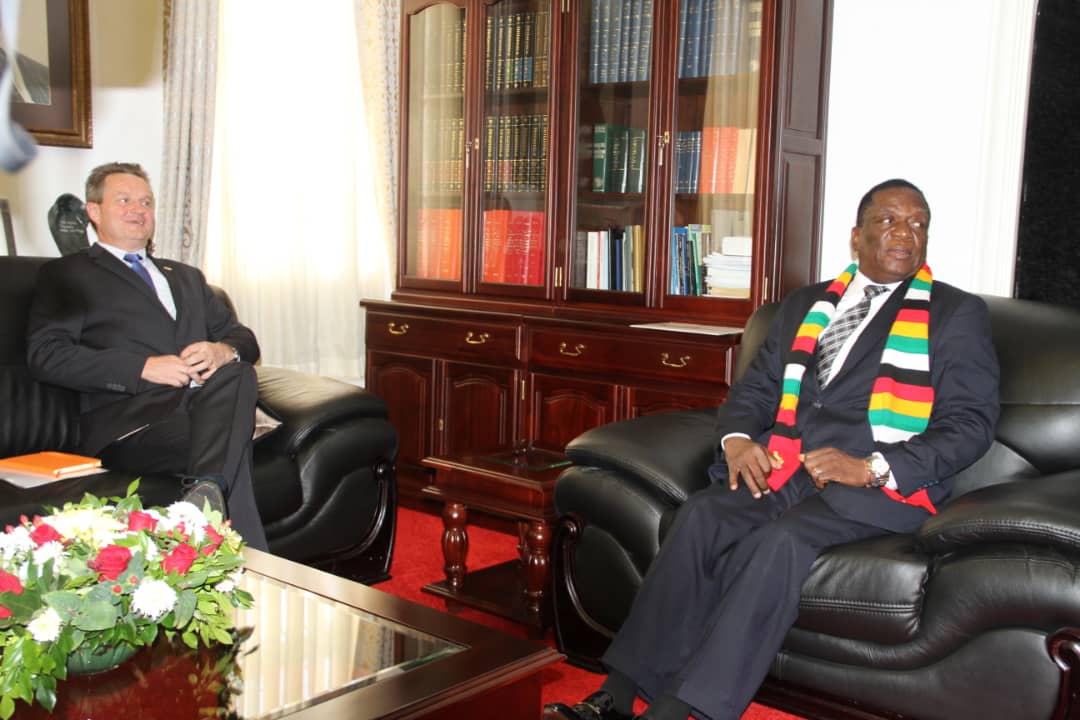 The European Union ambassador to Zimbabwe, Timo Olkkonen said that he has seen positive steps towards the alignment of the country’s laws to the new constitution and in the replacement of oppressive pieces of legislation, such as POSA.

Olkkonen was speaking after meeting President Emmerson Mnangagwa at his Munhumutapa offices in Harare on Thursday. Said Olkkonen:

Now we have recently seen positive steps, the Staff Monitored Programme by the IMF (International Monetary Fund) is certainly one of those. We have seen movement on the Constitutional alignment agenda, the Media Bills- the replacement of the Public Order and Security Act (POSA).

… I know there are criticism and questions about the details of those Acts but I think it is important that there is a discussion starting and going on now about those things and making sure that the legislative agenda moves forward and that is, by the way, an area the EU is supporting, financially through technical assistance.

However, some analysts consider the Maintenance of Public Order a reincarnation of the Public Order and Security Act, a law passed during the Robert Mugabe era and used to suppress dissent.