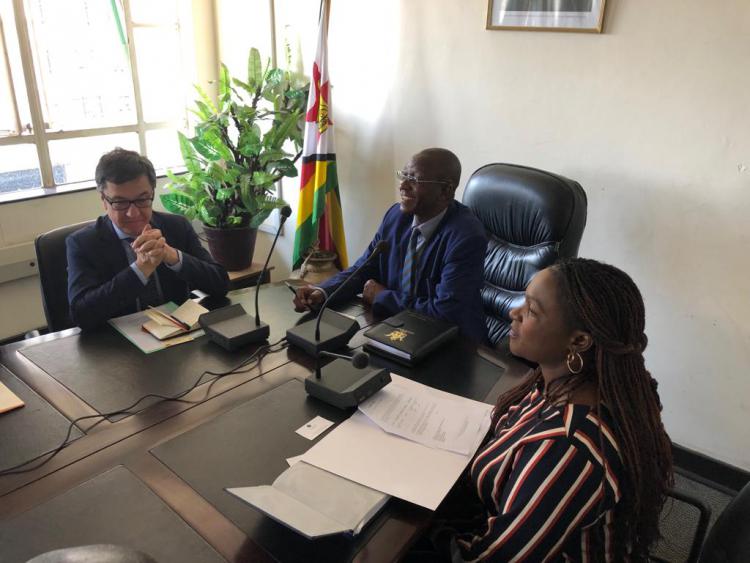 Vervaeke held several meetings with various stakeholders including government officials where he reiterated the demand for the implementation of the recommendations of the Motlanthe Commission.

EU ambassador to Zimbabwe, Timo Olkkonen, told The Independent that in several meetings held with government officials, he hammered home the point that there should be reforms to prevent a recurrence of the tragedy of August 1, 2018, and January 2019 when security forces shot and killed protestors. Said Olkkonen:

In several of the discussions, the events of last August and last January, as well as the recommendations contained in the Motlanthe commission of inquiry, were touched upon.

It is clear that measures need to be taken in order to avoid a repetition of past tragic events.

Among other recommendations, the Motlanthe Commission wrote to Mnangagwa:

Those particular members of the military and the police found to have been in breach of their professional duties and discipline on August 1, 2018, should be identified as soon as possible for internal investigations and appropriate sanction, which should include hearing from the victims and their families for impact assessment and to provide the necessary compensation.

Mnangagwa has been condemned for ‘ignoring’ the recommendations, a charge vehemently rejected by a senior government official.