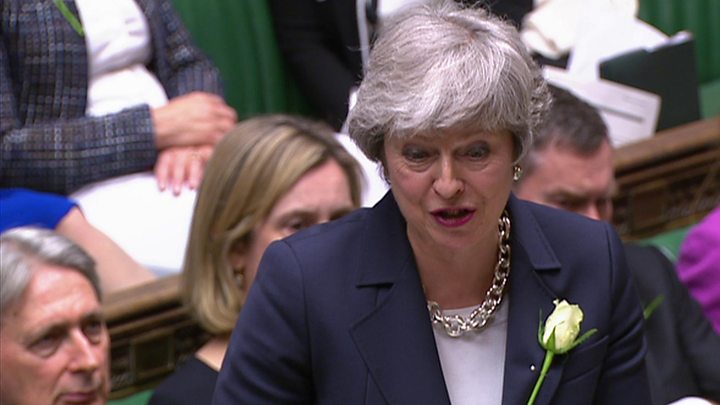 Theresa May, the British Prime Minister has rejected calls to resign over her handling of Brexit. Responding to Tory Brexiteer Andrea Jenkyns who said that she had failed to deliver on her promises and had lost public trust, May said that it was not an issue about me or her. She further said that if it was up to the prime minister, the UK would have already left the EU.

May had earlier pledged to stand down if and when Parliament ratified her Brexit withdrawal agreement, but she has not made it clear how long she intends to stay if no deal is reached.

It is reported that calls to have been mounting for the prime minister to name an exit date. However, her spokesman said she had already promised to leave after delivering the first stage of Brexit and was sticking to that “generous and bold offer”.