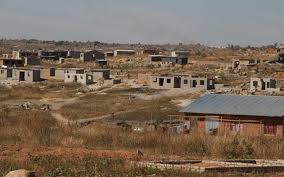 Former chairperson of the Zimbabwe National Liberation War Veterans Association, Jabulani Phetshu Sibanda, has warned the ruling ZANU PF party that it risks losing support if it enforces the eviction of illegal settlers across the country.

There has been an upsurge in urban to rural migration over the past few years as economic hardships have worsened.

Over 5 000 households are reported to be on the brink of eviction for illegally settling themselves at Ensangu and Lochard farms in Shangani, Insiza district.

Sibanda, who was one of the pioneers of the Third Chimurenga in Matabeleland, said:

The economic situation is forcing people out of towns. The whole country is affected by the exodus of people from urban areas (as people) go to look for cheaper land in rural areas.

Now, if we start evicting them, where do we want them to go? These evictions will give advantage to the opposition even though it will also not do anything about it.

People are looking up to this government and the party to address the problems and if they ignore dealing with the problem, the situation will deteriorate.