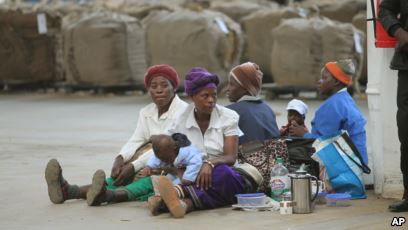 Mashonaland West province has been targeted by the government in a move to evict illegal settlers who obtained land through corrupt practices by land barons.

This was revealed by provincial resident minister Mary Mliswa-Chikoka while addressing a meeting of heads of departments, policymakers including councillors and Members of Parliament within Hurungwe district on Wednesday. She said:

The Hurungwe administrative district has more cases of illegal settlers who were forced into some farms through corruption by some individuals and politicians. As much as we are under-resourced financially due to economic woes affecting the whole nation, Government has managed to get resources to evict illegals settlers around Hurungwe district and other places within the province.

Most of the illegal settlers are said to have been allocated land during the election campaign period. Mliswa-Chikoka said that those who were allocated land illegally should go back where they came from:

The eviction is running together with the latest land audit that has exposed illegal settlers around Hurungwe and Government will act. If you are one of those who facilitated land to these illegal settlers go and tell them to go back from where they came from, be it Gokwe or wherever.