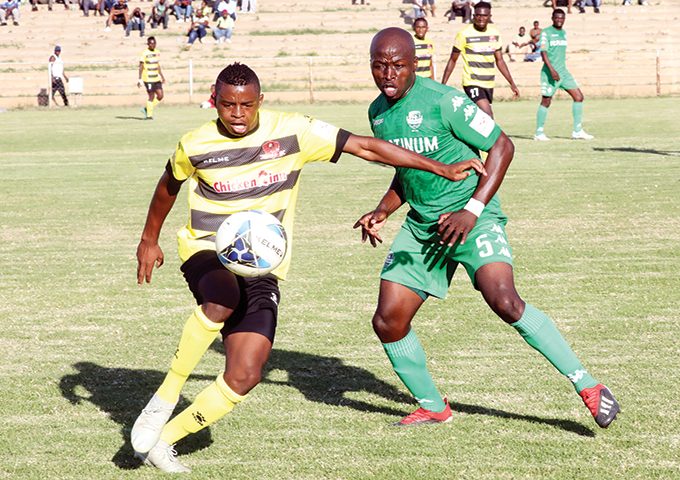 FC Platinum extended their lead at the top of the Castle Lager Premier Soccer League table after beating second-placed Chicken Inn 1-0 in a match played at Luveve Stadium in Bulawayo on Saturday.

The solitary strike was scored in rather controversial circumstances by Perfect Chikwende after first assistant referee Michael Ncube ruled that the ball had crossed the line before it was cleared by Gamecocks defender Xolisani Ndlovu.

Chicken Inn coach Joey Antipas blamed the linesman for his team’s loss but expressed optimism that his charges will recover from the setback. He said:

It was a good game but we were unfortunate to have the linesman (Michael Ncube) against us. He was always flagging against us but it’s too early into the season and I’m hopeful we will recover in time.

FC Platinum gaffer Norman Mapeza admitted that he had to change the club’s tactics to get a positive result against the Gamecocks. He said:

It was good to get that early goal but Chicken Inn being Chicken Inn we had to change our tactics.

We are usually associated with that passing game but we had to change.

It’s all pleasing to see your charges collect maximum points away from home.

FC Platinum now sit on 13 points after 5 games. They have won 4 matches and drawn 1.