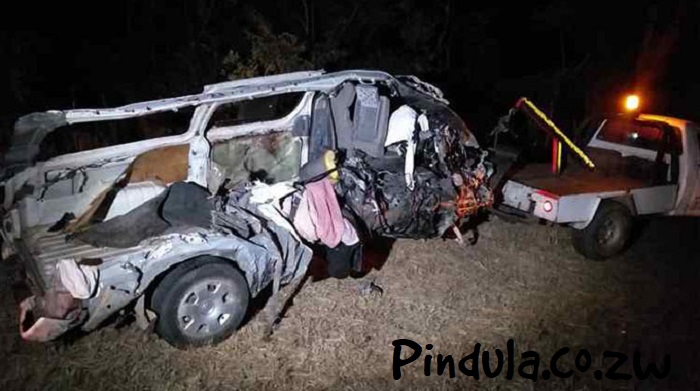 Midlands Provincial Affairs Minister, Larry Mavima revealed that the Government has offered $1000 towards the burial of every victim of the Wednesday night Gweru accident.

Mavima expressed gratitude to the government’s gesture towards the bereaved families. He said:

I understand some of the victims were related and it’s very sad. I also got information that both drivers were speeding and I think drivers should desist from this tendency.

Mavima further advised that the bereaved families from Kwekwe and Gokwe should visit the Kwekwe District Administrator’s offices to receive their money.

The death toll that was initially at ten has since risen to eleven. This follows the death of one of the victims who was hospitalised at Gweru Provincial Hospital yesterday. Chief Inspector David Kureyi, Officer Commanding Gweru Traffic confirmed the death. He also indicated that six more people were still admitted at the hospital.