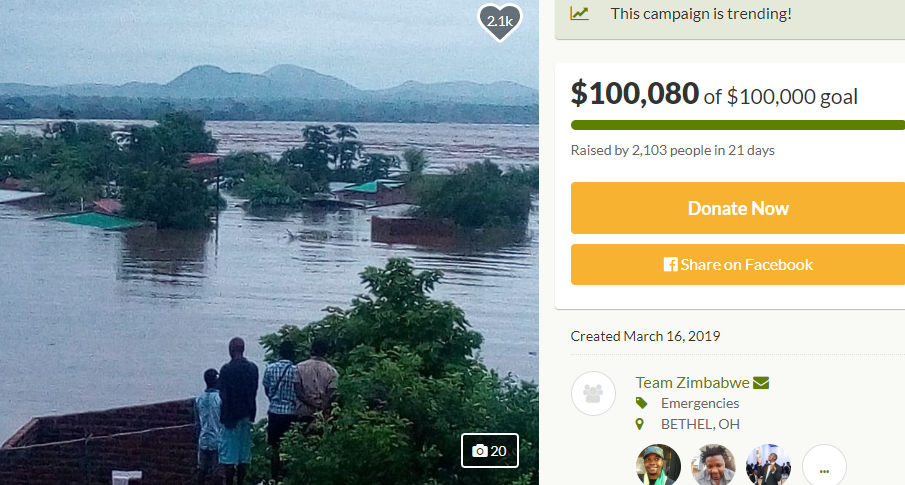 A Cyclone Idai relief fund-raising campaign on the internet has raised over US $100,000. The campaign reached and surpassed the target campaign yesterday, 6 April 2019.

The campaign is running on a platform called GoFundMe and was initiated by Zimbabwean in the United States called Freeman Chari, known mostly for raising funds for needs in Zimbabwe. He is also known for being an active diaspora member of the MDC political party.

The campaign was started soon after the destruction in Chimanimani and Chipinge caused by the Cyclone Idai. It has been running for 21 days.

It is one of several campaigns started on the GoFundMe platform raising money for Cyclone Idai relief. Here are the other campaigns: