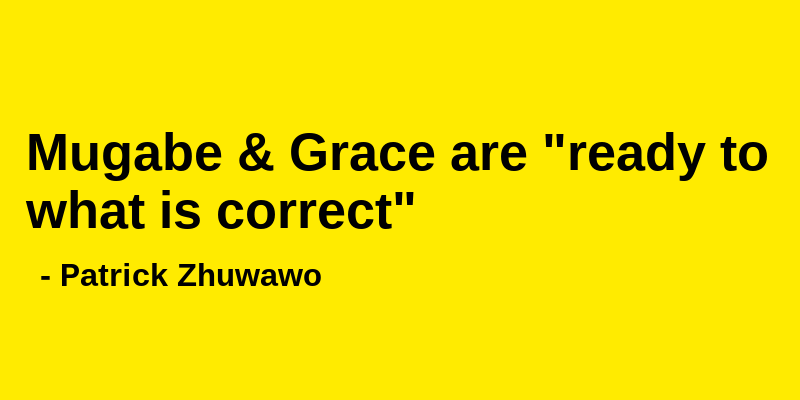 Sky News reports that Patrick Zhuwao, the president’s nephew has said that Mugabe and the First Lady, Grace Mugabe are ready to die for what they believe to be “correct”.

Robert Mugabe is “ready to die for what is correct”. The embattled president is apparently insisting that the demands for him to step down by the army are illegal.

According to the report, Zhuwao has also claimed that 7 people were killed during the military takeover of the country. Several reports in Zimbabwe have suggested that some people were killed, but their identities are yet to be known.

Demands for Mugabe to step down are however not just coming from the army anymore. Today thousands of Zimbabweans marched on the State House calling for the president to step down, but so far he has not. His party’s provincial leadership had also called for him to step down through votes of no confidence.

Zhuwao says the marches today are just stage managed by the military and are not really based on popular opinion.

Indications on Thursday night were that Mugabe had agreed to step but that there were some terms yet to be finalised.

4 comments on ““Mugabe & wife ready to die for what is correct,” Patrick Zhuwao”