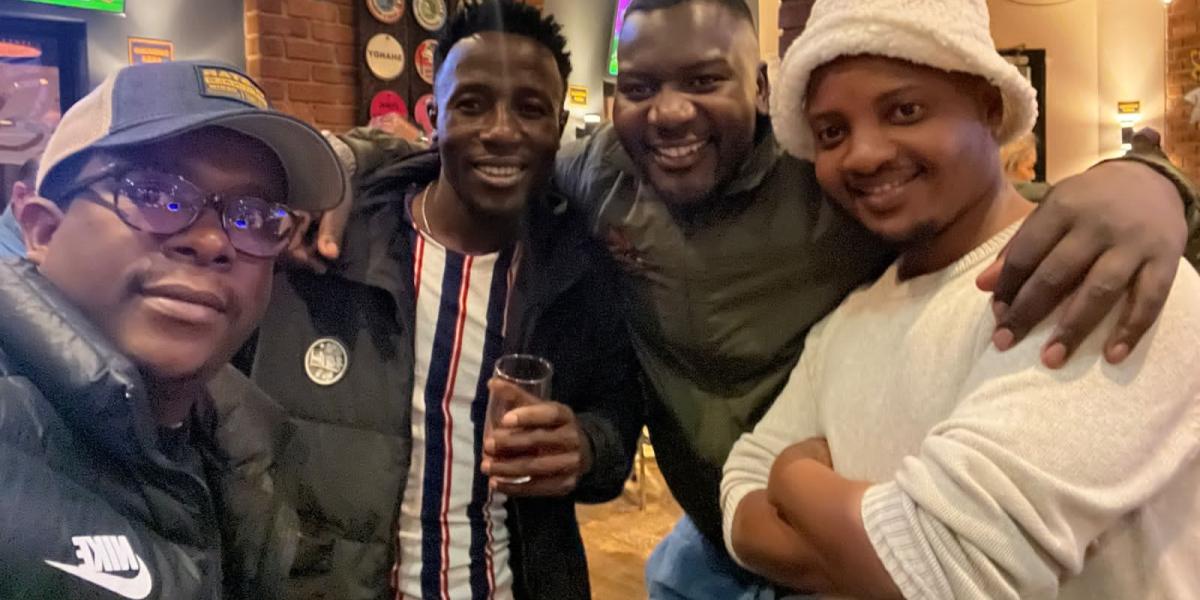 Citizens Coalition for Change (CCC) activist, Makomborero Haruzivishe who is wanted by the police was spotted outside Zimbabwe.

Haruzivishe is one of the five CCC members who disappeared during their trial on charges of staging “an illegal demonstration” in Warren Park, Harare, in May 2020, the State has said.

Prosecutor Miss Police Muzamani told the court on Friday that the police now have a lead on where Makomborero Haruzivishe might be after he disappeared during the trial of the five.

Haruzivishe is on the run and has been issued a warrant of arrest.

Meanwhile, fellow CCC member, Womberaiishe Nhende, Thursday posted a picture of himself, Haruzivishe and some other people suggesting that Haruzivishe had skipped the country’s border. He captioned it:

They appeared in court yesterday charged with participating in a gathering with intent to commit public violence or violating COVID-19 lockdown regulations.

They denied the charges arguing that the charges they were facing were based on repealed law and they could not thus be prosecuted.

Mamombe and her co-accused argued that participating in a gathering was not an offence. They say holding placards did not constitute an offence and the State failed to pinpoint who was holding the placards.

Miss Muzamani sought a postponement to October 19 to allow police to track down Haruzivishe and this was granted.

Haruzivishe was early this year from pre-trial detention where he had spent nearly 10 months. The 29-year-old was released on ZWL$20 000 bail.

He has been facing a number of charges including inciting public violence and kidnapping.

He denies violating any law, and his party says “these are trumped-up charges” must be viewed as the government’s attempt to crack down on dissent.