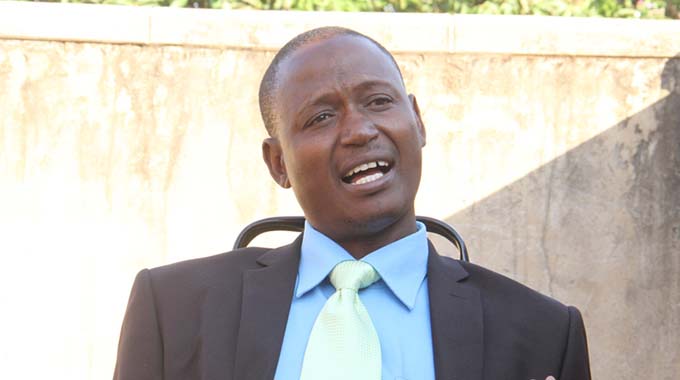 Deputy Minister of Lands, Agriculture, Fisheries, Water and Rural Resettlement, Douglas Karoro, has been remanded in custody to Monday for bail application in a case he is accused of theft.

Karoro today appeared at the Harare Magistrates Court on charges of fraudulently acquiring inputs, which were meant to benefit farmers in the Mbire constituency, from the Grain Marketing Board under the Presidential Inputs Scheme.

Karoro, who is jointly charged with Jeremy Phiri and Dean Dzimunya, was not asked to plead to the charges when he appeared before magistrate Mrs Tafadzwa Miti charged with fraud.

Karoro and his co-accused, who were also remanded in custody, reportedly seized 700 bags of fertiliser, US$18 000 worth of maize seed and 5 000 vegetable seed kits and sold them.

The inputs came from the Grain Marketing Board (GMB) Mushumbi Pools Depot in Mbire, Mashonaland Central Province, and were intended for farmers.

Commenting on the theft allegations earlier, Alex Tawanda Magaisa, a former Chief of Staff in the office of the late former Prime Minister of Zimbabwe, Morgan Tsvangirai, said Karoro should be a beginner in these matters. He said:

If these allegations are true, then Karoro is surely a rank amateur in this game of organised crime. A minister going down to a scene of the crime like KumaBanana to personally oversee a transaction? But this is just a glimpse of how Command Agric was looted.

Karoro is not the first senior government official to be arrested over corruption.

Many other political elites including former Local government minister Ignatius Chombo were arrested in the past.

One Comment on “Update: Deputy Minister Karoro Remanded In Custody Over Theft”