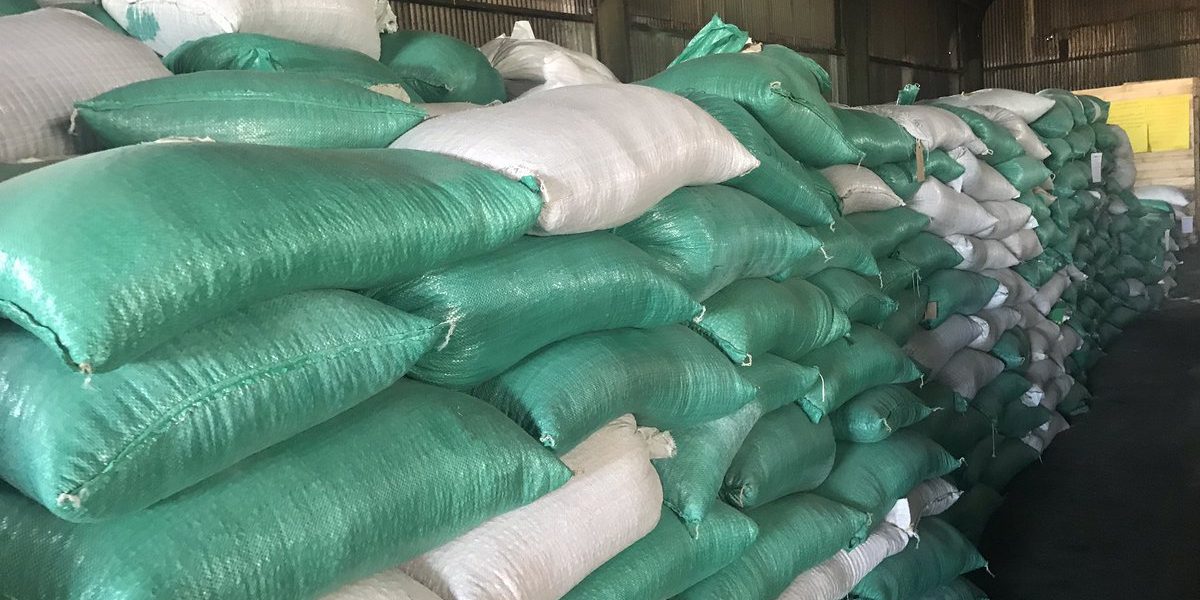 Deputy Minister of Lands, Agriculture, Fisheries, Water and Rural Resettlement, Douglas Karoro, has been arrested on allegations of diverting to personal use farming inputs from Presidential inputs schemes.

Karoro reportedly grabbed 700 bags of fertiliser, US$18 000 worth of maize seed and 5 000 vegetable seed kits and sold them.

The inputs came from the Grain Marketing Board (GMB) Mushumbi Pools Depot in Mbire, Mashonaland Central Province, and were intended for farmers.

a). The state alleges that last month, Karoro approached Jeremy Phiri and told him that he was looking for buyers for 700 bags of Compound D fertiliser at US$16 per 50kg bag.

b). Phiri allegedly contacted Widdorn Chiodza, who was interested in buying the fertiliser.

d). Phiri then allegedly took this money to Karoro, who told him that the fertiliser was at GMB Mushumbi Depot.

e). Karoro called depot manager Ngowe and told him that he was sending trucks to collect his Compound D.

f). Ngowe allegedly asked for details of the trucks and was given contact details for Dean Zimunya and the following day Zimunya took Chiodza and three trucks to Mushumbi Pools Depot and loaded the 700 x 50kg bags of fertiliser, with Ngowe issuing goods dispatched vouchers in the name of Karoro.

g). Chiodza is said to have returned to Harare and offloaded the fertiliser at his place in Kuwadzana.

h). The following day, Chiodza allegedly received a call from Zimunya telling him to return the fertiliser saying the deal had gone sour.

i). Chiodza refused, whereupon Zimunya and Karoro allegedly then engaged Mugove Chidamba to help them recover the fertiliser from Chiodza.

j). After negotiations on April 24, Chidamba managed to recover 400 bags and refunded Chiodza US$6 400.

k). Karoro and Chidamba allegedly hired transporter Richard Tsiga to ferry the recovered 400 bags to GMB Aspindale purporting that they wanted to swap it with Ammonium Nitrate. To get the full 700 bags Chidamba went out and bought another 300 bags of Compound D from Farm & City.

l). Karoro allegedly personally escorted Tsiga with a truck loaded with 400 bags of Compound D fertiliser to GMB Aspindale for the first part of the swap deal. However, GMB Aspindale refused to accept the fertiliser on the grounds that the documentation was not properly done.

m). Karoro intervened and negotiated for the swap with the Aspindale GMB chain supply manager Obert Zhoya who then instructed Ngowe at Mushumbi to raise a depot-to-depot transfer so that they could accept the fertiliser at GMB Aspindale, which Ngowe did and sent the paperwork to Aspindale, which then accepted the 400 bags.

n). Tsiga’s truck was then loaded with 400 AN bags and he was sent to GMB Mushumbi depot, but they never arrived and this was when the whole deal started unravelling.

o). The matter came to light later when Karoro allegedly sent another truck with the extra 300 bags of Compound D bought commercially in Harare to GMB Aspindale for the second half of the swap.

p). This time Aspindale opted to use their own truck to ferry the swapped 300 bags of AN to GMB Mushumbi with a depot-to-depot transfer voucher.

q). On April 29, Ngowe confirmed receipt of the 300 bags of AN from GMB Aspindale. But that was when GMB Aspindale’s chain supply manager Zhoya quizzed Ngowe on the whereabouts of the first truck which was loaded with 400 bags of AN destined for Mushumbi depot. He was told it never arrived.

r). GMB Aspindale asked Karoro to return those 400 bags of AN to GMB Aspindale, as the swop had not taken place. Karoro contacted Tsiga, who told him that the fertiliser was offloaded at Chidamba’s place where it had been sold.

s). Karoro then went to Mbare and recovered 200 bags of AN, before engaging Tsiga to take them back to GMB Aspindale and asking Chidamba to look for the remaining 200 bags of AN.

t). On April 30, Chidamba went to Dzivaresekwa where he bought 69 bags of cotton calcium AN and 132 bags of calcium AN, which were then transported back to GMB Aspindale in the presence of Karoro.

The stolen fertilisers were worth US$27 300 and 501 bags of fertiliser, suspected to be fake, were recovered.

On the maize seed dealings, Ngowe received seed maize worth US$18 030 in March which was meant for Presidential Input Programme to benefit the Mbire Constituency.

The Herald reports he allegedly connived with Karoro and they converted the seed to their own use.

In March, Karoro allegedly received 5 000 vegetable combo kits from Valley Seeds (Private) Limited, which were supposed to be handed over to GMB Mushumbi under the Presidential Inputs Programme. He that Karoro connived with Ngowe and they converted the seed to their own use.

Karoro and Ngowe ordered GMB Mushumbi depot inputs clerk, Honesty Nyathi and security guard, Manyara Manuwere, to fraudulently book the consignment to appear as if it had been received and despatched to Karoro.