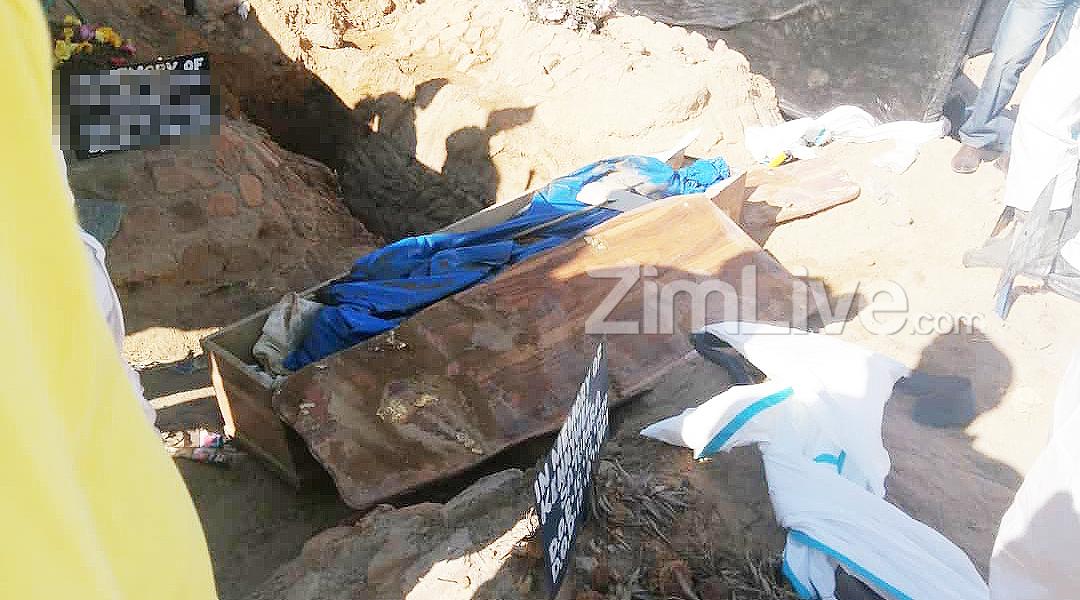 Police on Wednesday exhumed two bodies buried in one grave at Granville Mbudzi Cemetery in Harare hoping to get to the bottom of the Doves Funeral Services (DFS) “empty coffin” mystery.

DSF allegedly buried an empty coffin in Nyanga after the body of the late Maxwell Chimwamurombe was inexplicably left behind at its parlour in Harare.

The end of life industry company is accused of burying Chimwamurombe in the same coffin as a pauper in Harare, after realising its mistake.

Police detectives watched as Doves funeral undertakers carefully dug up a coffin at Granville Mbudzi Cemetery, which they opened to reveal two bodies.

One of those bodies is believed to be that of Chimwamurombe, who died in March in a drowning incident in Mutoko and was supposedly buried in Nyanga.

The coffin was loaded onto the back of a police Ford Ranger and driven to the Parirenyatwa Hospital mortuary.

Forensic experts are expected to extract DNA samples from the body in the hope of identifying the individual buried alongside the pauper.

A Doves spokesman declined to comment, referring ZimLive to a statement issued in October, in which the company said it is “committed to a full investigation of the matter to bring it to completion.”

Sources told ZimLive that a driver who was supposed to be ferrying Chimwamurombe’s body became aware that the coffin was empty during burial at a village in Nyanga.

The driver reportedly informed one of the senior managers at Doves after the burial, but the manager did not take any action.

Instead, Doves is believed to have taken Chimwamurombe’s remains and placed them in the same coffin as a dead man whose body was given to Doves by the department of social welfare to conduct a pauper’s burial.

Police are expected to conduct the second exhumation in Nyanga, to confirm that a coffin was buried without a body.