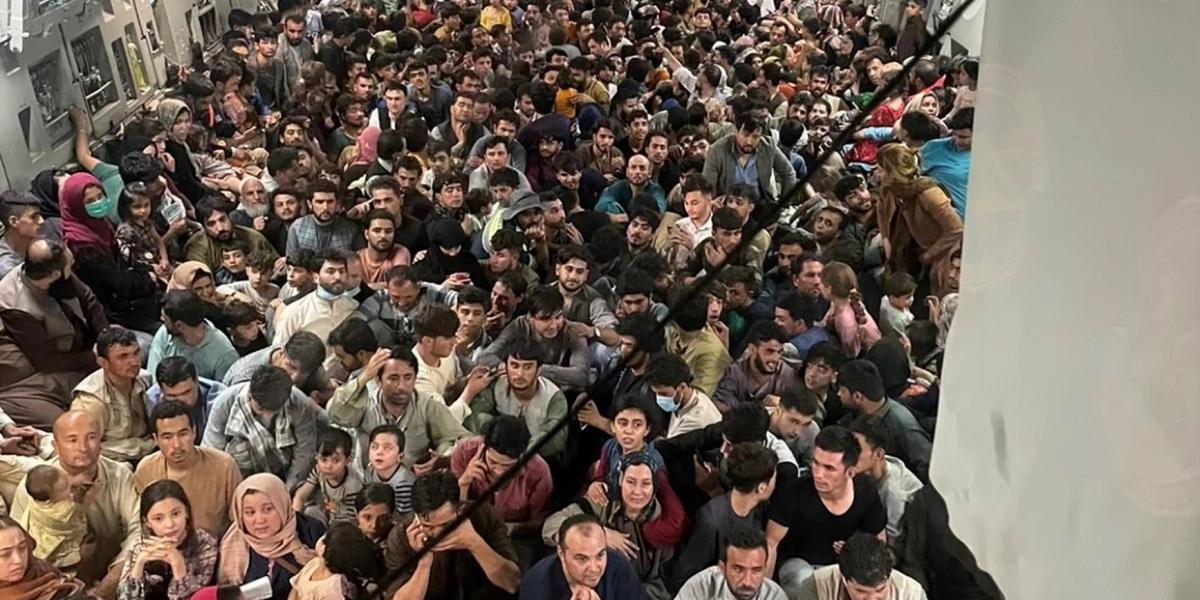 United Kingdom’s Home Secretary, Priti Patel, has told Sky News reporter, Kay Burley, that the UK cannot accommodate 20 000 Afghans in one go adding that it is important to have a system “that delivers” regarding the new Afghan refugee scheme.

This comes as scores of Afghans are fleeing their country following the seizure of power by the Taliban.

Some of the Afghans have died after falling from U.S. aircraft where they clung in a desperate attempt to escape from their country amid uncertainty under the rule of the Taliban government. Watch the video below for more details:

The Taliban was in power in the 1990s until it was toppled by the United States in 2001 for allegedly harbouring Al Qaeda, a militant group responsible for the bombing of the US’s twin towers on September 9, 2001.

The Taliban has since then been fighting the US-backed government and US forces.

Civilians and members of the ousted government, including President Ashraf Ghani, are fleeing the country as they fear that the Taliban government will seek vengeance.

The UK, like the US, is evacuating its people including troops from the Middle East country leaving the Afghans on their own.

While the Taliban is saying it has reformed over the years, former UK Prime Minister Theresa May has said the withdrawal of the UK, and US forces will make Afghanistan a breeding ground for terrorists.

Prime Minister Boris Johnson has said the UK will work with its partners to support Afghans adding that it is a mistake for any country to recognise the regime in Kabul.