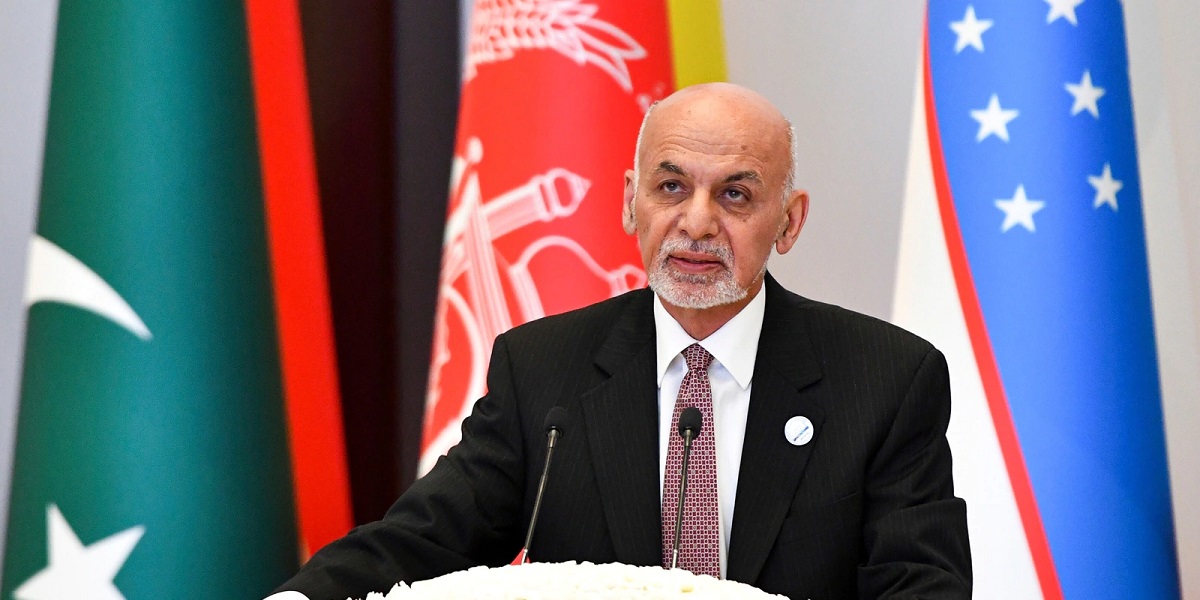 Taliban representatives had been in talks with the government for hours over who would rule the nation, following the militant group’s rapid advance across the country.

It was not immediately clear where President Ghani was going, but his departure signals a likely end for his embattled government.

They tied our hands behind our backs and sold the homeland, damn the rich man and his gang.

Spokesman Zabihullah Mujahid said earlier that Taliban forces would begin entering areas of the city where government officials and security forces had abandoned their posts, to impose order. He said:

This morning the Islamic Emirate released a statement that our forces were outside Kabul city and we did not want to enter Kabul through military ways.

However, now we are getting reports that the district police offices are evacuated, police has left their job of ensuring the security, also the ministries are emptied and the security personnel of the Kabul administration has fled.

The Taliban’s decisive takeover of the country and the US’ drawdown of its forces and staff is an end to nearly two decades of war that cost many lives, resources and little progress in state-building.

The U.S’ withdrawal from the country opened a clear path for the Taliban to take on and defeat the Afghan security forces.

The country is now facing the Taliban’s return to power, which, if it’s anything like it was in the 1990s, would mean a deterioration in civil liberties, particularly for women and girls whose freedoms grew under the civilian government.

However, Taliban spokesperson Sunday told BBC that unlike the Taliban government of the 1990s, they will allow women to go to school and work.

Acting Afghan Interior Minister Abdul Sattar Mirzakwal said Sunday that Kabul would not be attacked and that the government will shift power peacefully to a transitional administration.

But with so much territory now in hand, the Taliban has little reason to agree to a transitional government.