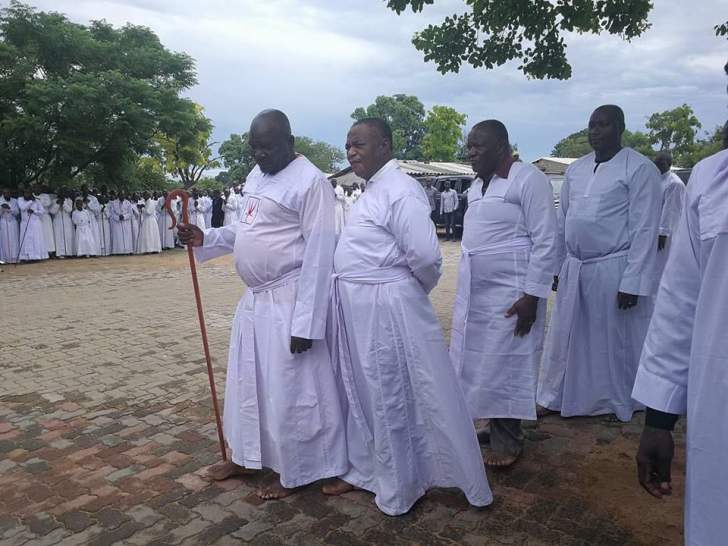 President Emmerson Mnangagwa’s administration has been accused of favouritism after spearheading the tarring of at least 10km of the road in Mafararikwa leading to the main shrine of the Johanne Marange apostolic sect in Manicaland.

The developments followed the uproar that greeted an alleged Passover meeting by the sect that was allowed to go on despite it being in violation of measures to stop the spread of the coronavirus.

Speaking to The Standard, Mutare West MP Teedzayi Muchimwe, a ZANU PF and senior member of the Johane Marange sect, said he was the one who lobbied for the tarring of the road. Said Muchimwe:

We applied for the rehabilitation of the road with the ministry of Transport and Infrastructure Development targeting the Marange-Odzi road, and so far, we have rehabilitated the road from Marange Clinic to St Noah College.

We are targeting to rehabilitate the road to the Odzi area.

Yes, there are concerns about roads in diamond areas, we are looking into it and very soon we are going to see some changes.

Muchimwe dismissed allegations that the sect held its annual Passover meeting in violation of COVID-19 regulations.

He said police stopped some of the members, who had attempted to attend the gathering by mounting roadblocks on streets that lead to the shrine.

Roads leading to the Zimbabwe Consolidated Diamond Company are yet to be tarred despite several companies mining in the area, but the government chose the church for votes.

I am surprised that the government rushed to tar the road to St Noah College or to the shrine after that they just abandoned the project, this is clear favouritism.

We have many areas where diamonds are coming from and the roads are in a bad shape and we are worried very much about that and they just chose to rehabilitate the roads leading to the shrine.

ZANU PF always courts the apostolic sects during elections because of their huge following in the country.

Leading ZANU PF officials, including Mnangagwa and his deputy, Constantino Chiwenga, have been spotted at mapositori gatherings clad in apostolic garb even though they are not members of the churches.