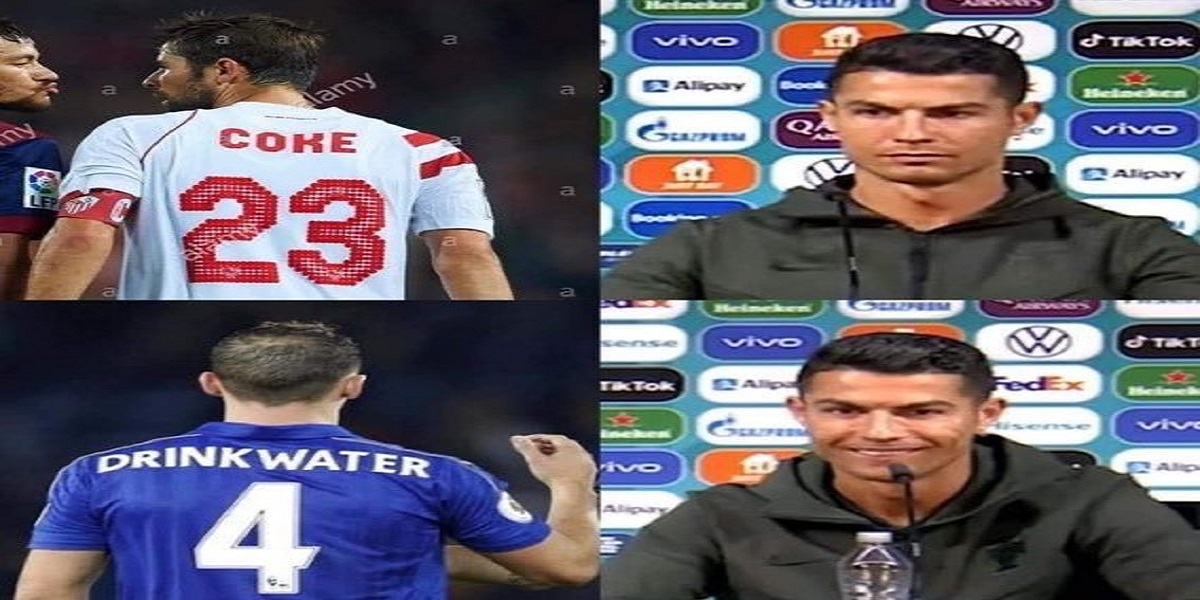 Cristiano Ronaldo’s snub of Coca-Cola during a press conference that was a prelude to Portugal’s Euros match against Hungary might attract sanctions on Portugal as it was a breach of contract.

During the press conference, Ronaldo moved two Coca-Cola bottles aside as he sat down to speak to the media, took a bottle of water and said “aqua,” a gesture suggesting he was recommending drinking water and not Coca-Cola.

A day later, France midfielder Paul Pogba, who is a Muslim, removed a Heineken beer bottle from in front of him after France’s 1-0 victory over Germany.

Italy midfielder Manuel Locatelli also moved Coca-Cola bottles aside and placed a bottle of water in front of him before speaking to the press after his Man of the Match display in a 3-0 win against Switzerland on Wednesday.

The tournament organisers Thursday reminded teams participating at the tournament that they had contractual agreements with sponsors including Coca-Cola and Heineken. Said Uefa:

_Uefa has reminded participating teams that partnerships are integral to the delivery of the tournament and to ensuring the development of football across Europe, including for youth and women._

Uefa’s Euro 2020 tournament director Martin Kallen said the main issue had been with Ronaldo’s action but there was an understanding of players who did such things for religious reasons. He added:

_If it is for religious reasons, they don’t need to have a bottle there._

_We are never fining a player directly from the Uefa side, we do this always through the participating national association and they can look if they go further._

_We have regulations signed by the participating federations. We have reminded them of their obligations but of course this (fining) is always a possibility._

The Uefa official did not, however, rule out sanctions if there are further cases.