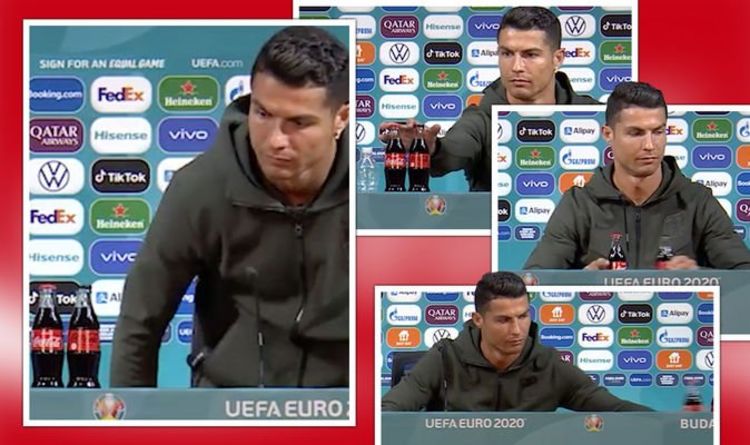 Coca-Cola has lost US$4bn in value since Cristiano Ronaldo’s snub of the beverage at a press conference before Portugal’s UEFA Euros match against Hungary on Tuesday night.

Ronaldo, a renowned health fanatic, removed two Coca-Cola bottles during a press conference and made it clear what he thinks of the carbonated soft drink.

The 36-year-old then held up a bottle of water before declaring in Portuguese: “Aqua!”, appearing to encourage people to choose that instead.

Coca-Cola, one of the official sponsors of Euro 2020, replied on Tuesday with a statement that said “everyone is entitled to their drink preferences” with different “tastes and needs”.

_Players are offered water, alongside Coca-Cola and Coca-Cola Zero Sugar, on arrival at our press conferences._

On Tuesday, he scored twice in Portugal’s 3-0 win over Hungary – moving beyond France great Michel Platini as the record goalscorer at the European Championship finals with 11.

France midfielder, Paul Pogba, a devout Muslim, also removed a Heineken bottle from his site during a press conference. We are yet to hear if that act had an impact on the company.