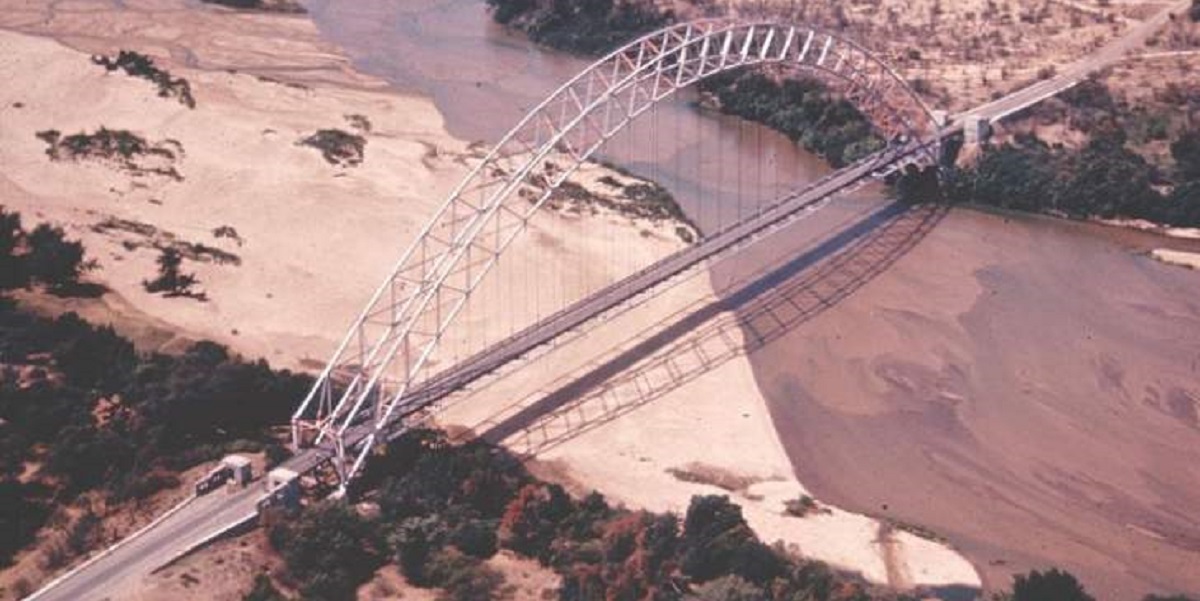 Manica Post reports that there is a boom gate at each end of the bridge that prevents more than one large vehicle from driving across at any given time might collapse.

The state-run publication also reports that there are cracks on both ends of the bridge’s tarmac entry points while the structure shakes each time heavy vehicles drive past.

The construction of the Birchenough Bridge commenced in April 1934 and was practically complete at the end of September 1935.

The iconic arch bridge that was designed by Engineer Ralph Freeman and was built by Dorman Long, was named in honour of businessman, Sir John Henry Birchenough, who served as chairman of the Beit Trust.

The bridge’s structures have suffered battering from Cyclones Eline and Idai-induced floods.

When contacted for comment, Manicaland Provincial Road Engineer, Atherton Zindoga said it is safe to use the existing structure under current load restrictions. He added:

_We have two options. The first one is to renovate the existing structure so that it can carry loads as required._

_The second one is to build a new structure next to the existing one. Both options require funding and unfortunately, the funds are not available at the moment. We have applied for a grant from the Government of Japan._

In 2018, the then Transport and Infrastructural Development Minister, Jorum Gumbo, ruled out the rehabilitation of the Birchenough Bridge as he highlighted that it would be more economical to erect a new structure with a bigger carrying capacity.

He said the Government would rather construct a new bridge that is broader to allow the smooth flow of traffic.

In 2018, the Emerged Railways Properties who manage the iconic Victoria Falls Bridge introduced a toll fee for all vehicles crossing the bridge as a means of raising funds for the maintenance of the historic structure. The amount raised so far is not known.