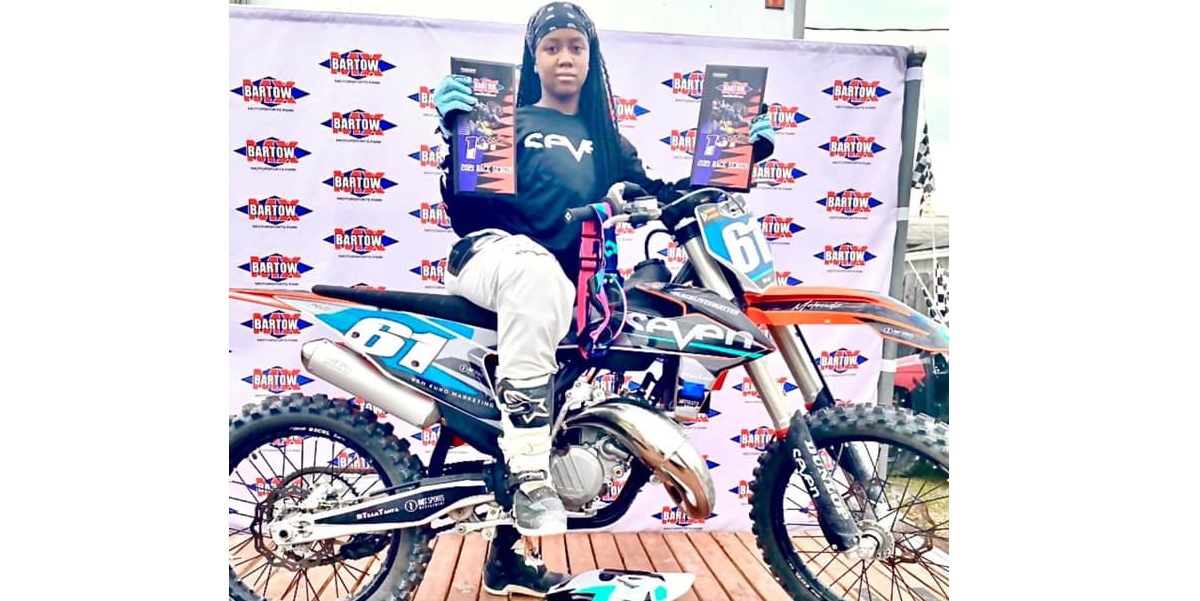 Tanya who recently claimed victory after coming first in both classes 125cc mixed and Women’s classes during Round 9 Bartow Motocross said:

It takes a Village to raise a Child, but Youths we suffer from individualism. Corrupt Leaders benefit when Youths are disconnected When Spiders unite they can tie up a Lion. Working together should be the Youth’s Movement in the 21st century.Let’s get together #RegisterToVoteZW

Tanya makes the call to register to vote as Zimbabwe is preparing for the 2023 elections whose outcome some say are likely to be influenced by the biting economy.

The collapse of the economy is mainly attributed to corruption by political elites who have among other things have reportedly looted and externalised public funds.

While a handful of political elites has been arrested and convicted, analysts argue that the majority of them is being protected by high offices while some argue that occupants of high offices, including the president, are part of the cartels siphoning the country’s resources.