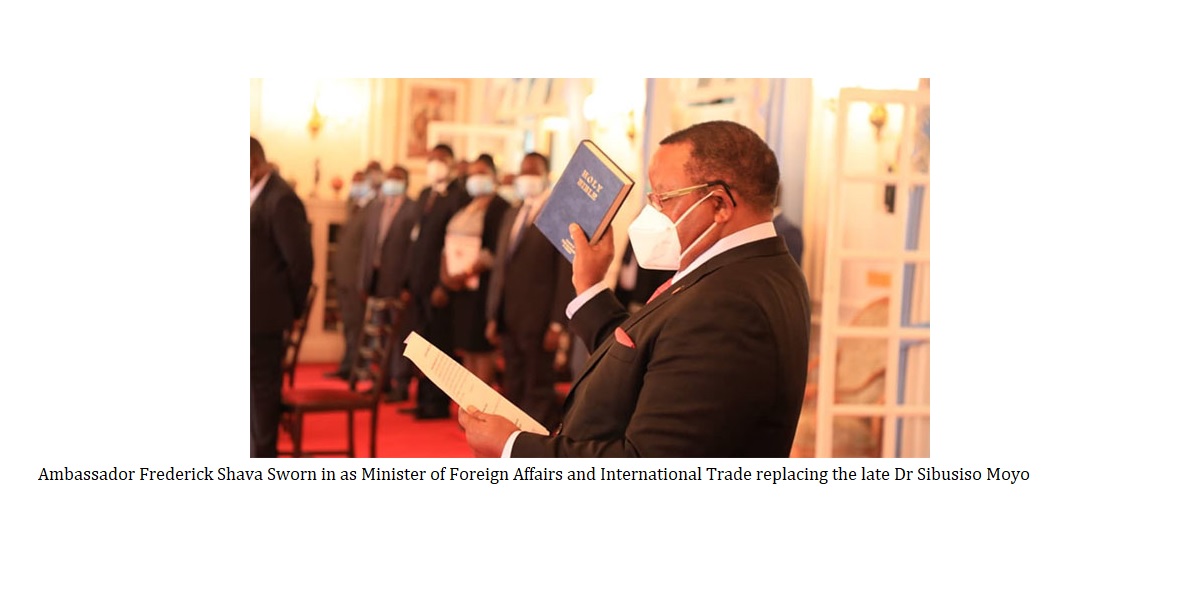 Reports suggest that Shava who was sworn in as minister on March 2 only assumed duty on Tuesday last week after the government gave in to his demands.

Shava was appointed as the Foreign Affairs Minister following the demise of the late retired Lieutenant-General Sibusiso Busi Moyo who succumbed to Covid-19.

Prior to his appointment, Shava was Zimbabwe’s ambassador to the United Nations (UN) in New York from 2016, where he was also chairperson of the UN Economic and Social Council. An official source told Zimbabwe Independent:

He (Shava) said he would not assume work at the ministry unless his salary arrears were cleared. He was owed about US$100 000. He, like other ambassadors across the world, had not received his salary and benefits for over a year.

The money has since been paid in full and this is why he assumed work on Tuesday last week.

The ministry’s spokesperson Constance Chemwayi confirmed that Shava only resumed work last week, but claimed it had nothing to do with any salary demands. In written responses to the Independent’s inquiries, Chemwayi said:

As you are aware, the appointment of the Honourable Frederick MM Shava as the Minister of Foreign Affairs and International Trade needed to follow the due processes to fulfill the provisions of the constitution which resulted in the gazetting of his appointment as Senator of Midlands Province on March 16, 2021.

Thereafter, he immediately left for New York to wind up his official and private affairs as the then permanent representative to the United Nations. Upon his return, he immediately assumed his official position as the Foreign Affairs minister. Never at any point since the announcement of his appointment did the issue of salary arrears arise as a matter of concern that could hinder his assumption of duty.

The source, however, refuted the Ministry’s report saying from the time Shava was supposed to start duty immediately after being sworn in or after the SI was gazetted, not wait another month.

The source added that Shava had long concluded his ambassadorial mission by March 16 and only assumed office on April 20 because he wanted his arrears cleared.

In 2019, SB Moyo reported that Zimbabwean Ambassadors’ residential houses and offices were in a deplorable state.