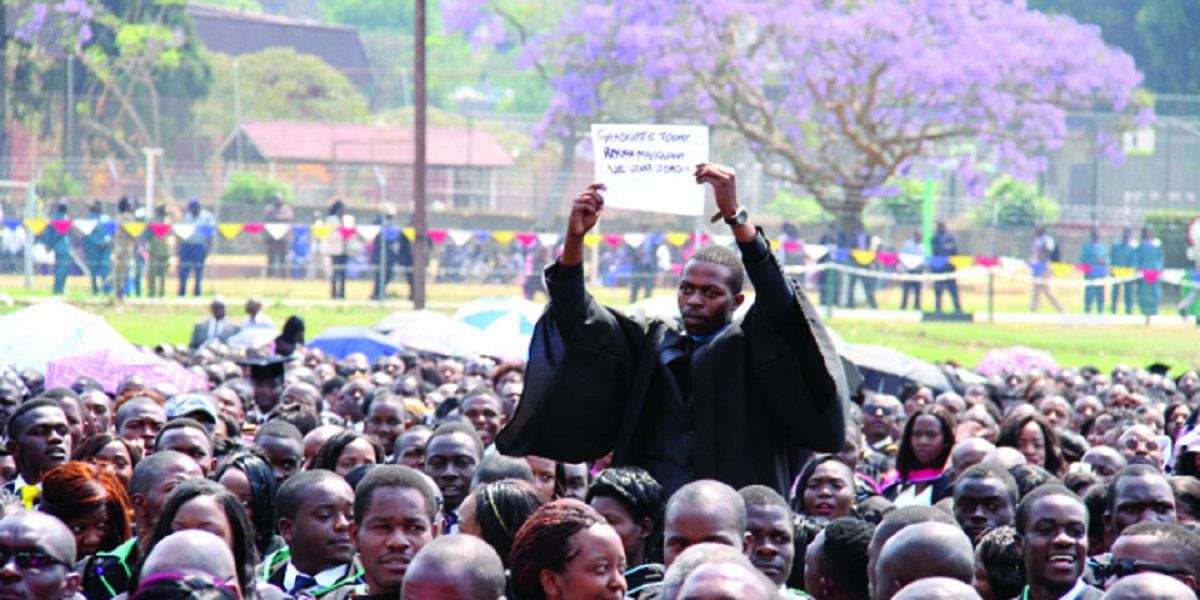 Tonderai Dombo, the former President of the Students Union at the University of Zimbabwe has urged opposition leaders to be clear on their agenda so that there is buy-in from the masses.
He posted on social media following the sentencing of his colleague Makomborero Haruzivishe. We present his post below.

I write this after having been forced to think and reflect since the conviction of Makomborero Haruzivishe and his sentencing today. I have known Mako since my days at UZ when he was suspended for demanding SRC elections (these provided a platform for some of us to become activists as well). The guy loves justice and believes in democracy and people representation (let me turn to my story).
I believe that history is instructive of the future and we can’t go forward without understanding it (NB: I have since stopped debating with people who think history is useless and now think the same of them). During the fight against colonialism in Africa leaders of that struggle were arrested and imprisoned. Hence the arrest of Mako shouldn’t worry us as much as we should be worried about a lack of strategy.
As I reflected on the hopelessness of youths in Zimbabwe and the desperation for better times, I thought to ask if we are engaged in a zero-sum game or in freedom fighting. There is a lot of similarities between the material conditions of urban youths and those of youths in Rhodesia. Reading Mufuka 1977 is like reading about contemporary Zimbabwe in many ways, than one.
While there is no dispute about the suffering of our people there is clearly disagreement on how to move forward. While it was clear then who the enemy was today it’s not so clear. While fighting was armed against a visible enemy now it’s confrontational and mostly political against fellow brothers with whom we differ in logic.
The truthful and sincere leadership should be able to carry out pungwez detailing the role of the masses in this new struggle. The objective like that of getting land back should not be a secret or a source of disputes but there must be buy-in from the people.
The ways to fight for this new freedom must be made clear for everyone to know. Are we going physical? Do we have the necessary means to go physical? Who will we be physical against? What is the source of our problem, who is our racist colonial system holding back our freedom? And how can we take back our freedom? Are we waiting for elections? And if so what’s the plan then and the role of the masses? Do they agree with what we stand for?
The answers to these questions will be the difference between a zero-sum game and a fight for freedom. We have had lives lost, cdes taken away from families and some exiled. It is only fair that whatever it is we are doing is spelt out. There is no need for secrecy in an openly hostile situation.
The question is are we fighting for freedom or for political power?