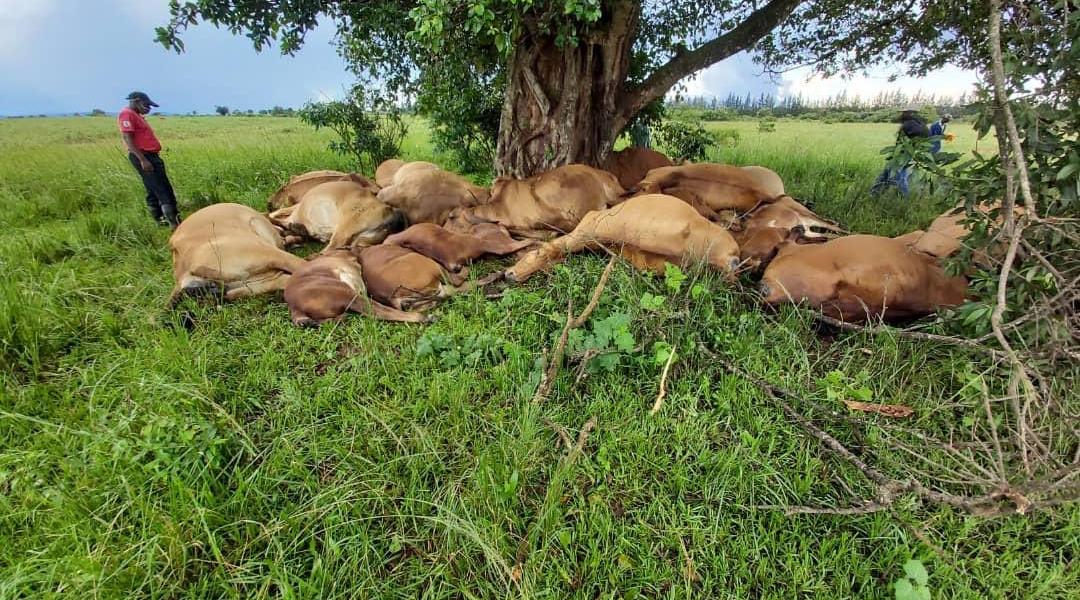 A bolt of lightning on Friday struck 19 cattle in Hwange’s BH27A on the outskirts of Victoria Falls, The Standard reports. The cattle belonged to the villagers under the Boma project which is being assisted by the Wild Life Trust an organisation that promotes wild animal conservation and improve soil fertility and improve food security.

According to the publication, heavy rains were experienced in the area on Friday and the following day villagers found 18 cattle dead in a village crawl in the area. A villager Tymon Ndlovu narrated the incident and said:

The village kraal called the Boma had 72 herd of cattle, which belonged to villagers and 19 of them were found piled on top of each other this morning following heavy rains last night

Ndlovu also explained that according to their cultural belief they cannot consume carcasses of cattle that have been struck by lightening so they sold the carcasses to a lion breeder for $40 a carcass:

According to our tradition and cultural beliefs, it is a taboo to consume meat from a beast that was struck by lightning.

The carcasses are usually burnt or buried  before a cleansing ceremony is done even though others conduct prayers in accordance with their religions.

But in this case both prayers and the traditional cleansing ceremony were done and carcasses were sold to Lion Encounter, an organisation that keeps lions for tourism purposes as a way of cushioning the affected villagers.

Earlier this year, a Chipinge prominent farmer lost 25 brahmans to lightning as well.