Zimbabwe Electricity Supply Authority (ZESA) has said it apologises over a blackout that is affecting the greater part of Masvingo and Matabeleland South. The blackout reportedly started on Tuesday this week and the power utility is in the statement below assuring the affected parties that they will resolve the issue within a very short space of time. Said ZESA in a statement:

The Zimbabwe Electricity Transmission and Distribution Company (ZETDC) sincerely apologises to its valued custorners in the Eastern, Southern and Western Regions for the loss of power supplies on Tuesday, 23. March 2021 at around 0542 hours due to a fault on our Tokwe 330/132kV supply line, which feeds the following affected areas:

ZETDC engineers and technicians are working to restore service to all the affected areas.

Custorners are advised to treat all electrical installations as LIVE as power can be restored without notice. The inconvenience caused is sincerely regretted. 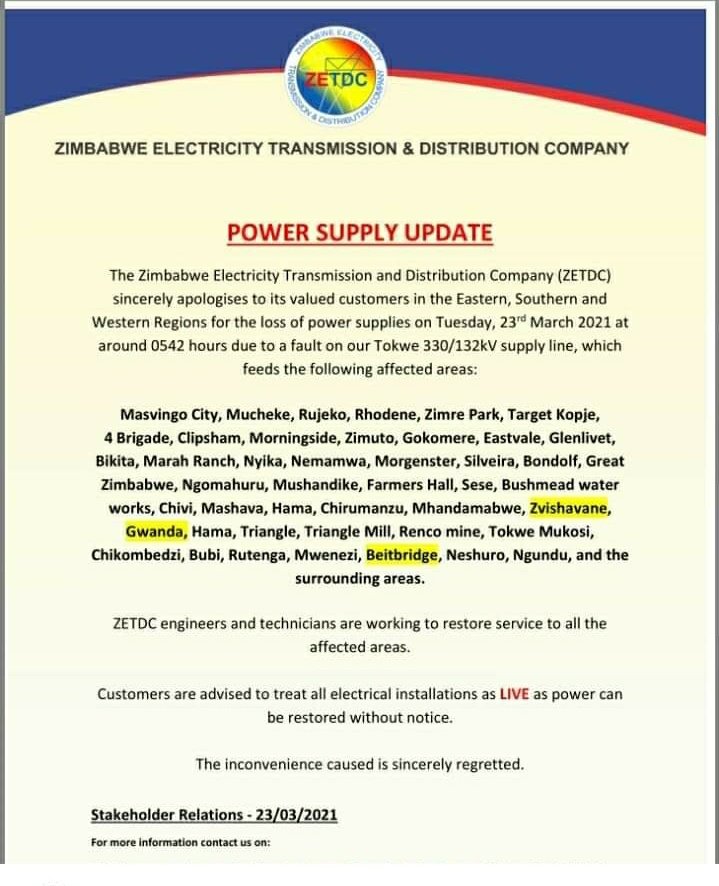