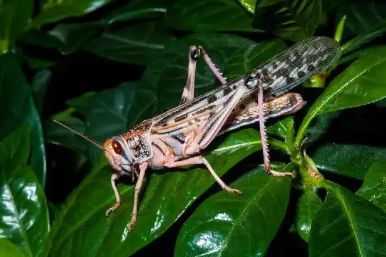 Locusts have reportedly caused massive damage in Mwenezi and Chiredzi in Masvingo after they reportedly destroyed close to 8000 hectares of crops in the area, The Herald reports.

The locusts reportedly devoured the area’s sorghum, sugarcane, millet, beans, cowpeas, and maize and the destruction could leave families in the affected communities food insecure.

The unfortunate incident was confirmed by the head of the Plant Protection Research Institute, Shingirai Nyamutukwa who told the publication that over 4000 families will be food insecure due to the damage done by the infamous insects:

Crop damage ranged from 3-92% depending on crop. Sorghum is the worst affected crop and it constituted the greater part of the affected 7853,2 hectares of crop land in Chiredzi and Mwenezi.

Sugarcane damage was minimal at less than 5%. Sugarcane usually recovers quickly unlike damage on sorghum, millet and maize which is directly on the yield. Small grains are the most affected and if the pests are uncontrolled, more than 4 800 households will be food insecure in the two districts. Our teams are on the ground assisting farmers. We have provided resources to assist farmers in pest management.

Nyamukutwa spoke briefly about the locusts and said they do not migrate and they have so far identified 3 types of locusts:

So far we have identified three types of locust species  the Ruspolia differens, commonly known as “madhumbudya,” the Cytacanthacris (green locusts) and the Cataloipus oberthuli known locally as ‘njeru’ which are all edible.

These do not migrate over long distances like the African migratory locusts. These are localised and often consumed by local communities.

Last year locusts were spotted in Gonarezhou and parts of Chiredzi and they sparked fear of a locust attack.