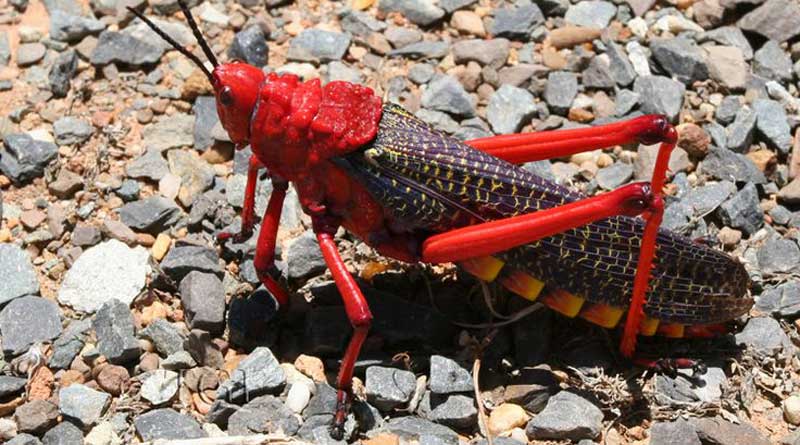 Worrisome reports have said a swarm of locusts was seen in Gonarezhou National Park and other parts in the Lowveld skies sparking fears that the destructive insects might attack Zimbabwe, The Herald reports.

The report was confirmed by Dr Cames Mguni, director of the Department of Research and Specialist Services in the Ministry of Lands, Agriculture, Water, Climate and Rural Resettlement who spoke to the publication and said:

Swarms of locusts were first spotted at Gonarezhou National Park on June 22 and 23 before they flew in different directions in and around Chiredzi.

Our plant protection teams are on the ground now trying to locate their breeding grounds and raising awareness among local communities to be on the lookout for them. There was no damage on the crops and what they saw was the last stages of the locusts.

Had it been during the summer cropping season the damage could have been extensive on crops.

Dr Mguni shed light on the government’s response to a possible locust attack:

We now have locust swarms surveillance and control teams on the ground. We are still hunting them down. Apart from this, we are also conducting campaigns in and around Chiredzi to raise awareness among local communities.

Locusts attacked east African countries like Uganda this year and destroyed crops in what has deemed the worst locust attacks in 70 years.