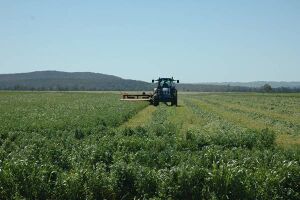 The real reason why the government is trying to evict villagers in Chilonga Village in Chiredzi is that surveys conducted in the area 7 decades ago and in 2019/2020 discovered that there are vast deposits of Kimberly diamonds in the area, The NewsHawks exclusively reports.

We are watching the issue closely, but we can tell you that this grass project is just a cover so that these guys, through
their proxy Dendairy in this case, can extract minerals in this area.

While Dendairy will be producing grass, they will be mining. We have to ask ourselves why they have come all the way from the Midlands, leaving other provinces where there is a lot empty land, to establish the grass project here; an area they hardly care about.

A well-placed source in the Ministry of Mines told the publication that the area that was allocated to Dendiary was surveyed and minerals were discovered:

The maps depict areas with deposits of coal, diamonds, scheelite and quartz in Chiredzi. The stretch runs from Save in Chiredzi North where copper mines like Cobra Mine, which are now closed, once operated from. The other area covers coal mining in Chisambiji which again is in Chiredzi North constituency.

The belt stretches from Save to Chipinda, which is in Gonarezhou, down to Masivamele and Makhosiya on the banks of the Runde River. This is the area which Dendairy has been allocated.

The diamonds in the area were supposedly first discovered in 1950 by De Beers according to the publication:

A survey by leading South African diamond mining giant De Beers in the 1950s as well as an aeromagnetic exploration conducted by local firm Aero Surv Zimbabwe, in partnership with South African firm Xcalibur Airborne Geophysics, between 2019 and 2020 revealed vast deposits of kimberlite diamonds and gold in the Chilonga area.

The project of mining in Chilonga was reportedly first pitched to President Mugabe in 2016, but he reportedly refused saying the Tshangani people could not be removed from their ancestral land for a project that would benefit a few individuals according to the publication.

3 comments on “Diamonds The Real Reason For Chilonga Evictions – Report”