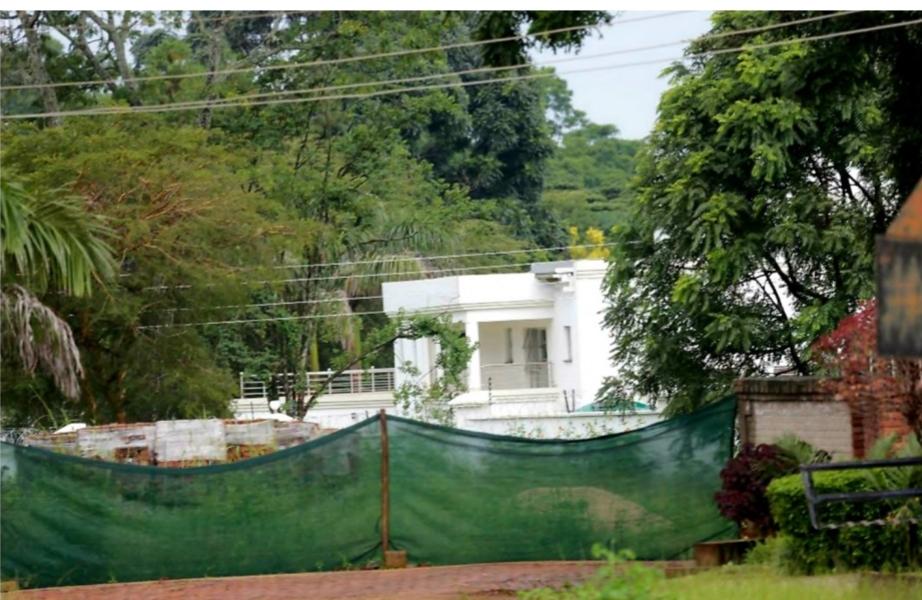 The NewsHwawks reported sources saying Chiwenga is expected to move into his new home soon, with truckloads of property, groceries and expensive whiskey recently delivered to the mansion.

The property was constructed in recent months by Chinese nationals who fitted it with the latest technology to bolster his security, at a cost of several millions of dollars.

The house is located along Manombe Close in Carrick Creagh Estate in Borrowdale and has been dubbed the “White House”, an epithet borrowed from the United States president’s neo-classical, palladian official residence and workplace in Washington DC.

Following his acrimonious separation from his wife, Marry in 2019, Chiwenga moved out of their matrimonial home at No.614 Nick Price Road in Zimbabwe’s prime housing estate, Borrowdale Brooke.

Chiwenga’s divorce matter is still pending in court, although he has unilaterally selected the property he prefers giving to his wife.

He got her arrested and detained for a long time, accused her of being a drug addict and also seized their children.

Chiwenga is currently staying at the Golden Peacock Villa Hotel along Kingsmead Road in Borrowdale in Harare owned by Anjin — a joint venture between the Ministry of Defence and a Chinese investor.

His former wife, Jocelyn, who he hounded out of the house which was then inscribed C&J (Constantino and Jocelyn), now lives in the hilltop house in the Brooke.

The house was replaced by C&M (Constantino and Marry) when he married Marry Mubaiwa, but the inscriptions have since been taken down.

Marry is now staying with her parents in Glen Lorne.