The Zimbabwe Republic Police has released the rest of the names of victims of a fatal road traffic accident that happened on 27 December at the 130KM peg along Harare-Nyamapanda road.

Seventeen people perished in the accident. Below is the list of the rest of the names of the victims. 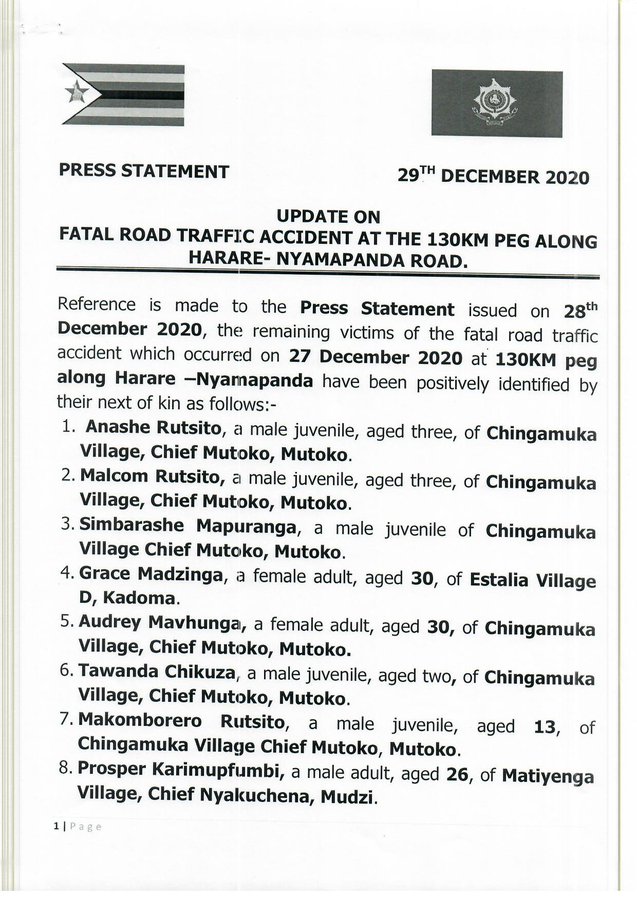 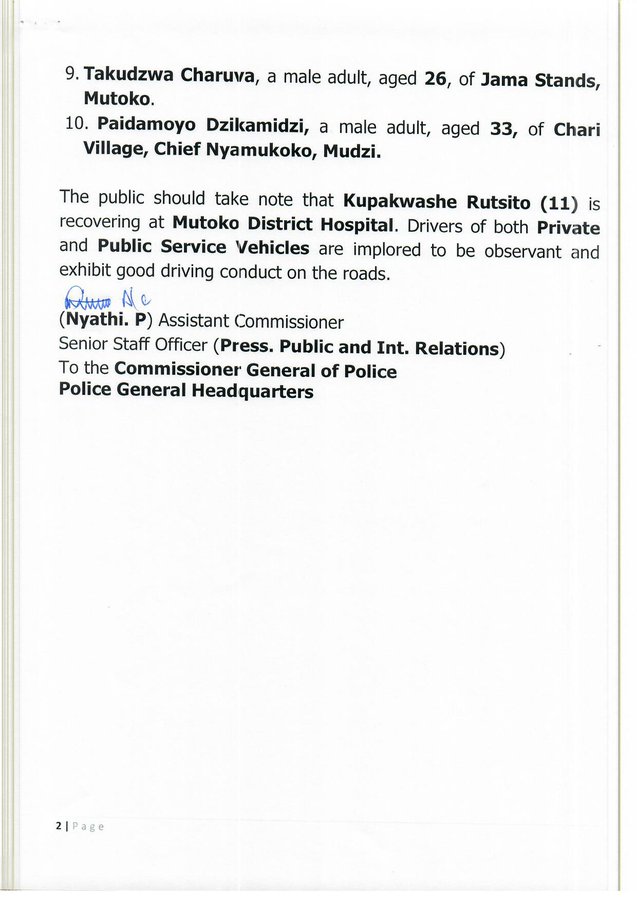 It was earlier reported that he had also died in the accident.

Police earlier reported that a white Isuzu KB Double Cab which was travelling towards Murewa had a head-on collision with a white BMW vehicle going in the opposite direction.