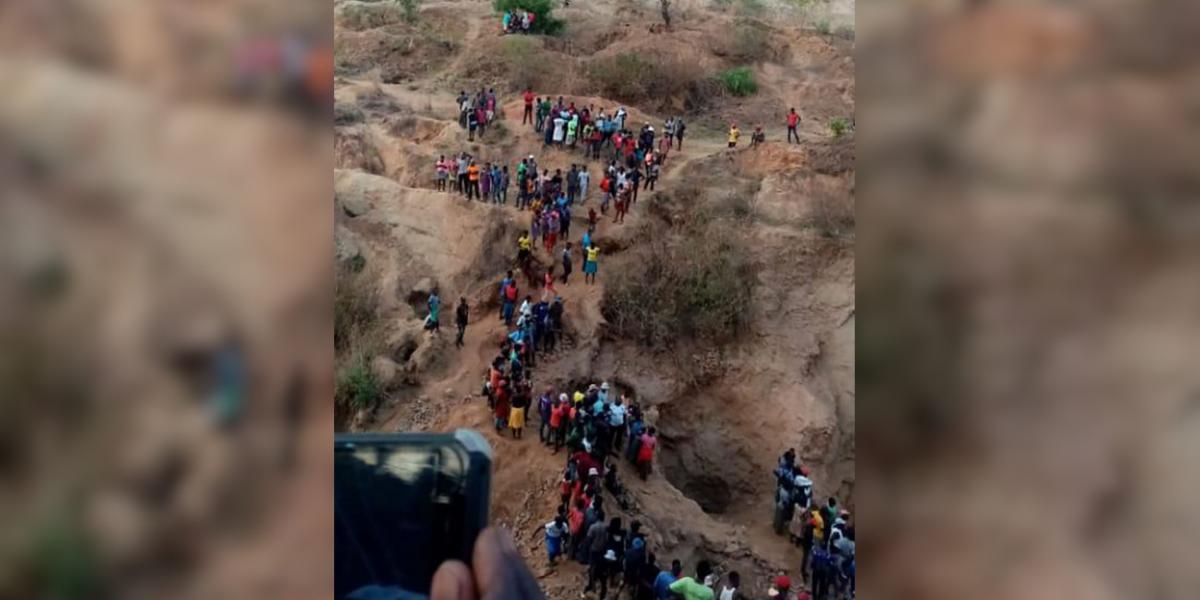 At least 30 artisanal miners sometimes referred to as Makorokoza are feared dead as the mine shaft they were operating from at Ran Mine in Bindura collapsed trapping them underground yesterday afternoon, The Herald reports.

This was revealed by the Information, Publicity and Broadcasting Services permanent secretary Nick Mangwan who share information that at least 6 of the trapped miners had been rescued:

Mash Central A tragedy has occurred at Ran Mine in Bindura town late this afternoon. A deep disused mine trench has caved in trapping several illegal gold miners. Exact number not yet established. So far 6 miners have been rescued. Details to follow but numbers could be circa 30.

The incident comes a few days after another group of Makorokoza were trapped in another mine in Matabeleland. In September 5 artisanal miners were also trapped at Task Mine in Chegutu and people failed to rescue them until it was too late. Their bodies were retrieved from the collapsed shaft a month later.