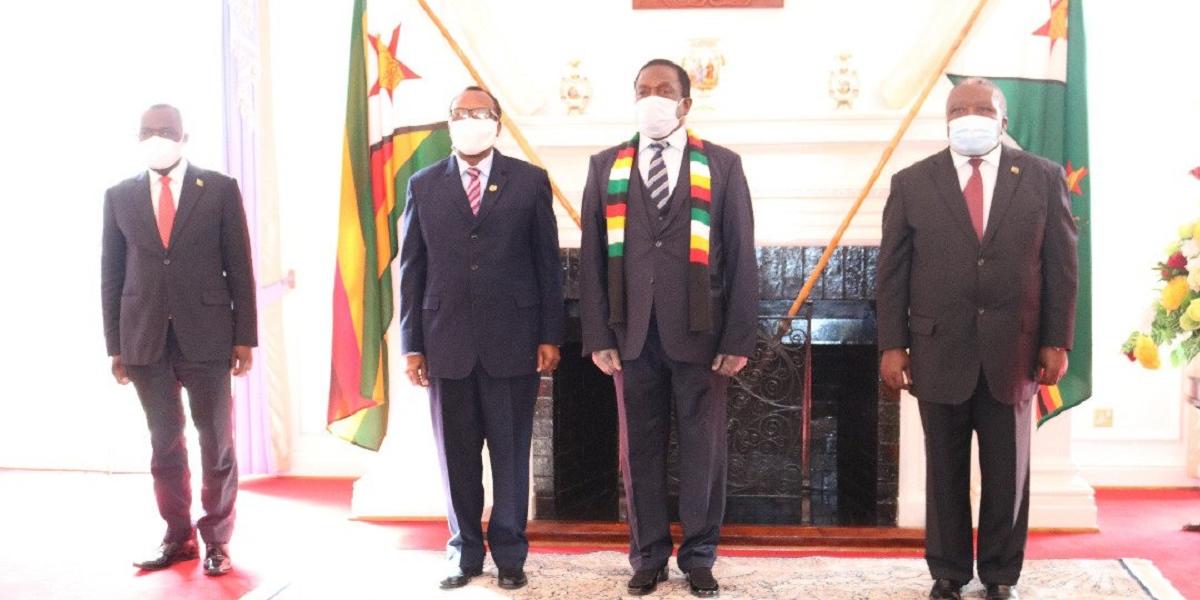 Tanzania, Egypt and South Korea, as well as the Vatican, have sent new envoys to Harare and they presented their credentials to President Emerson Mnangagwa at State House on Thursday.

Professor Emmanuel Mbennah, Tanzania’s new diplomat to Zimbabwe said he was determined to facilitate new levels of economic cooperation between the two countries adding that he would share how his country had managed to attain middle-income economy status. He said:

I would like to take our cooperation to new levels, especially because we already have very high levels of political ties. We would like to expand the economic ties.

Meanwhile, Egypt’s new ambassador Mahmoud Farouk Yousef Amer said he intended to work to improve the economic and commercial relations between the two countries to bring them to par with the “excellent” political relations they share.

This comes when Zimbabwe is engaging and engaging the international community, one of the strategies considered crucial in the achievement of the middle-level-income status by 2030.