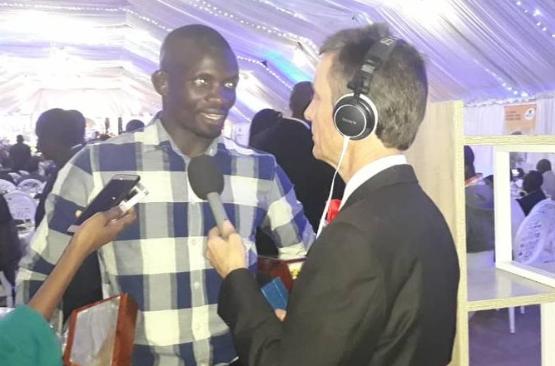 EFC Champion Themba Gorimbo tonight was crowned the 2019 Sportsperson of the year at the Annual National Sports Awards at Manna Resorts in the capital.

This was revealed in a tweet by Steve Vickers who said:

Zimbabwe’s sports person of the year, Themba Gorimbo, honoured at tonight’s ANSA awards. Themba won a EFC world title in September and will move to UFC after his next fight in the mixed martial arts sport.