Zimbabwe is among nine countries who voted against the United Nations General Assembly’s Resolution IV on the Situation of human rights of Rohingya Muslims and other minorities in Myanmar.

134 voted in favour whilst 28 abstained. 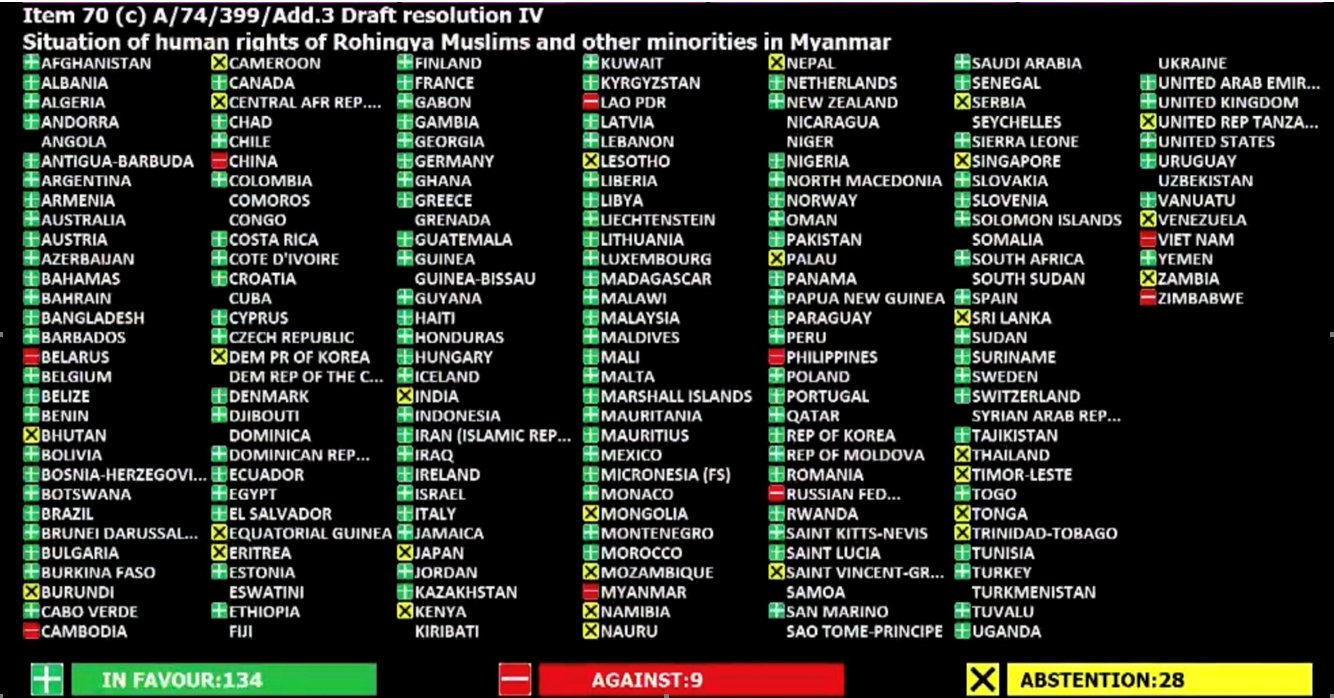 The United Nations says that Rohingyas have been among the most persecuted groups under Myanmar’s military regime, with the Kachin, who are predominantly U.S Baptists, a close second.

The UN states that Rohingyas are one of the most persecuted groups in the world.

One Comment on “Zimbabwe Among 9 Countries Who Voted Against UN’s Resolution To Protect Rohingya Muslims From Myanmar Army’s Atrocities, See How Others Voted”