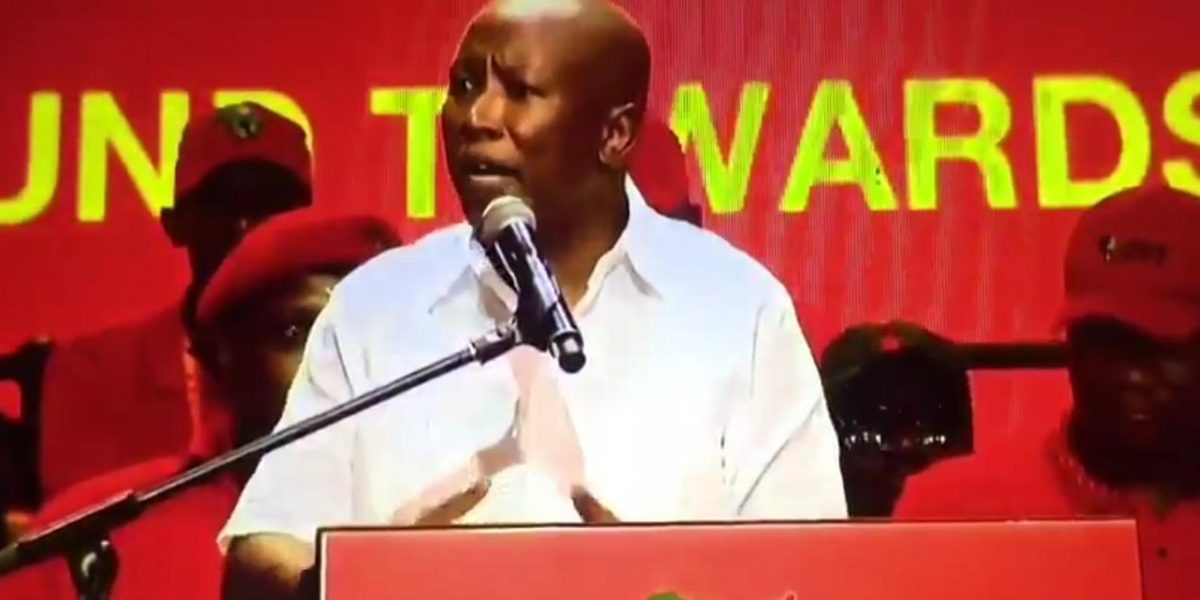 At EFF‘s just ended Elective Conference, President of the party, Julius Malema encouraged exiled former minister in Robert Mugabe’s government to unite. He warned that the EFF will support the cause and not individuals.

…Former ministers of President Mugabe, you must put aside your egos and come together. We cannot have a situation where you are all in exile but people are promoting individual campaigns, and making t-shirts and all types of things in their names.

We will not support individuals. We will support the cause. We are not going to support any individual who think that he’s bigger than the cause. If you’re not going to come together, joining forces, including joining EFF Zimbabwe if possible, work together to build a formidable force. You can defeat Mnangagwa. But if there’s going to be competition of egos and people declaring themselves presidents even before you form an organisation

Over the past several weeks, former Zanu PF Commissar during Mugabe’s presidency, Savior Kasukuwere, launched a campaign to participate as a presidential candidate in the 2023 elections. Kasukuwere, Jonathan Moyo and Zhuwao were he key politicians in the so-called G40 faction that supported Robert Mugabe and his wife Grace.

Responding to the Malema’s message, Jonathan Moyo said on Twitter:

Eternal words of wisdom from @Julius_S_Malema; words which those with ears must not only hear but also take heed. By definition politics is not for narcissists bent on possessive individualism but for collectives that put people first in principled pursuit of the public good!