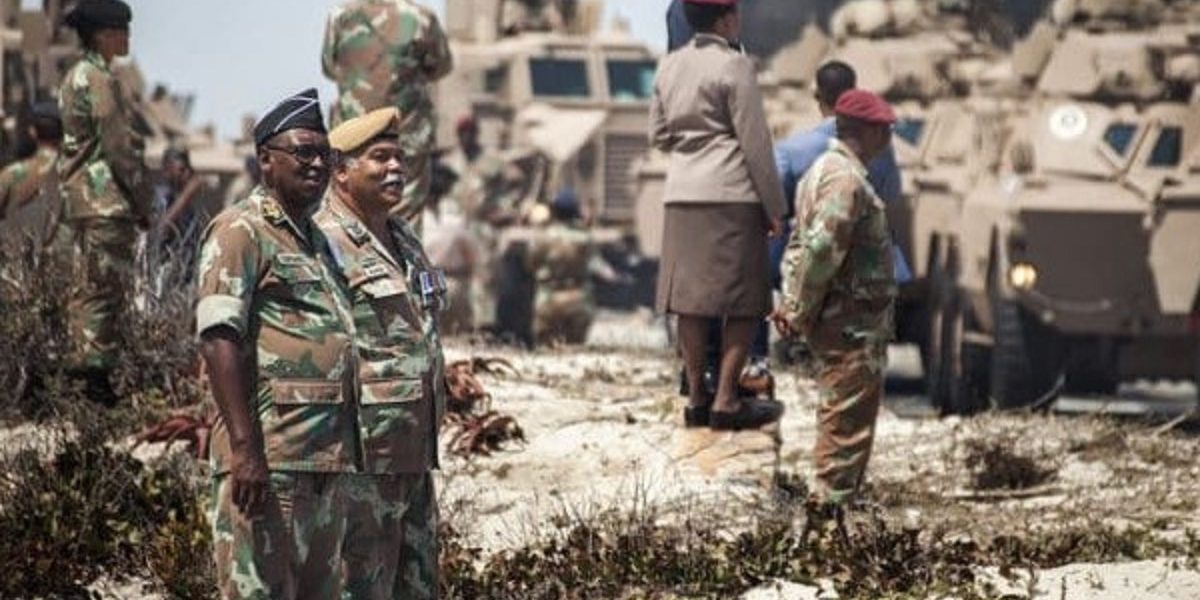 Zimbabwean and South Africa defence forces have jointly donated a number of goods to survivors of Cyclone Idai in Ndiadzo area, Chipinge, Manicaland.

The joint military operation has been carrying out rehabilitation work at the Cyclone Idai ravaged Kopa Growth Point in Chimanimani for the past 6 months.

Speaking after making the donations, joint commanding officer and leader of the South African Defence Forces Lieutenant Colonel Delnot Njoko said that the gesture was the team’s appreciation to the local community’s support during construction of the two bridges at Kopa. He said:

We have brought with us school shoes for all the pupils at this school, and in addition we cleared sporting fields, donated water tanks, cement and fence so that this school can develop.

Ndiadzo School head, Douglas Mutema, and the local community expressed gratitude adding that the building material received will go a very long way in developing the community that was left devastated by the cyclone.

Residents added that the rains had destroyed their Banana plantations which were a source of revenue and now they were failing to fend for their families.