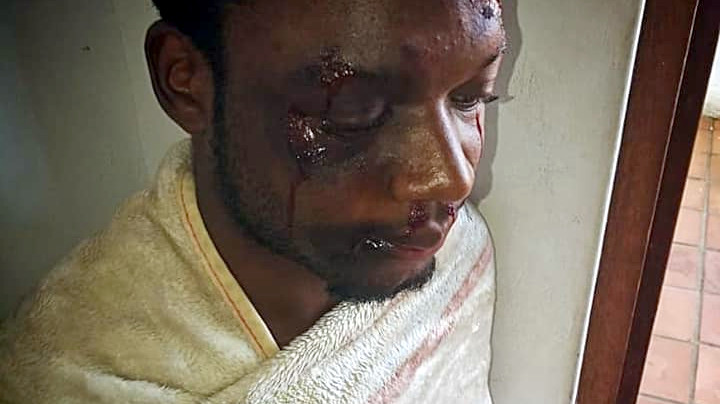 Reports claim that he was abducted on his way from the airport in Harare, assaulted and later dumped along Chiremba Road. Pictures circulating on social media show the musician with a bloody face.

It is not clear why it happened but there have also been suggestions that he was assaulted for his September song critical of President Emmerson Mnangagwa called “Ndiyo Yacho Here Mr President” (literally translated “Is this is It Mr President?”). This has however not been verified.

You can view Platinum Prince’s pictures on this link and this one.

An Audio of the Platinum Prince song: