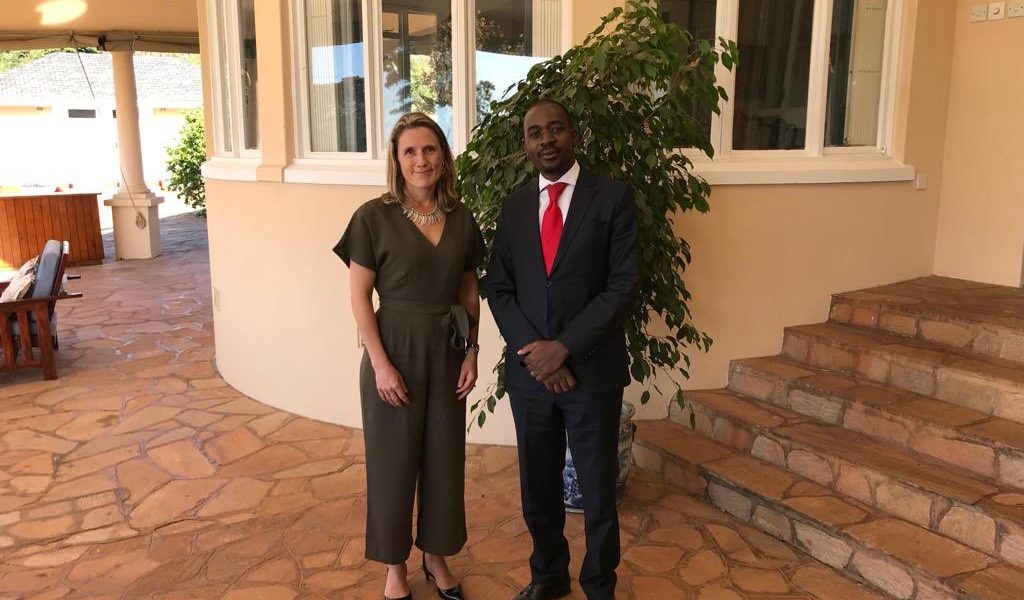 The British Ambassador To Zimbabwe has reportedly said Britain Is ready to work with Zimbabwe the Herald reports. Mrs Robinson said this after paying a courtesy call to Speaker Of The Parliament Advocate Jacob Mudenda.

The Herald qouted the British envoy:

The Honourable Speaker and I had a good discussion this morning and the first thing we discussed was the continuation of trade between the UK and Zimbabwe.

The Britons have been reportedly looking the Zimbabwe way especially after Brexit is finalised. However other reports say Britain is preparing sanctions for Zimbabwe after Brexit.