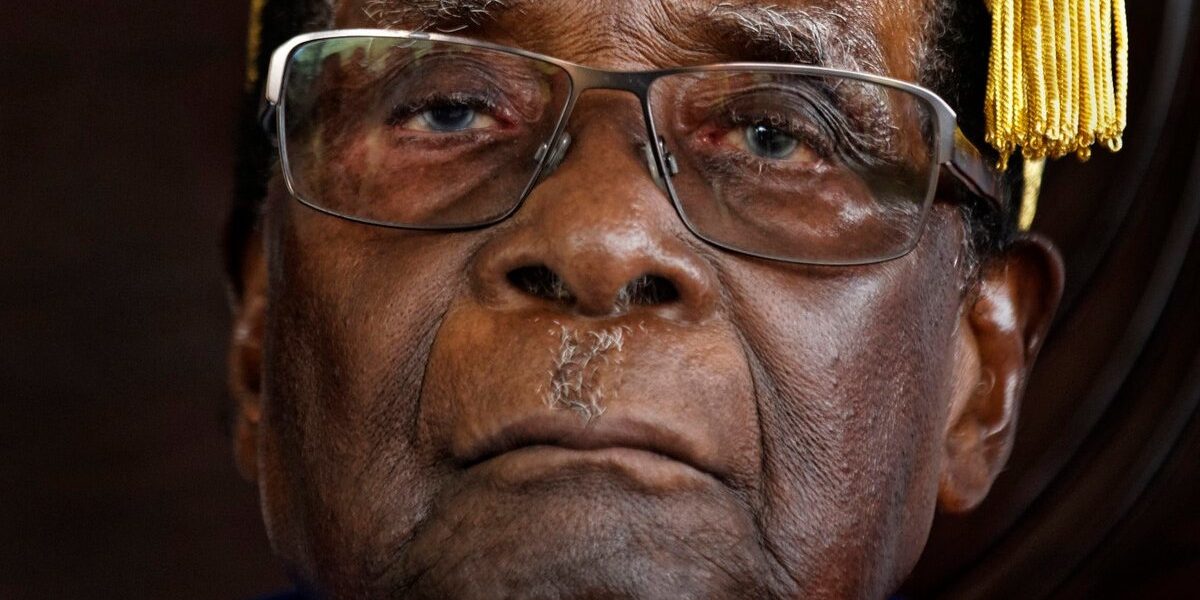 On Friday 9 August, The Zimbabwe Independent reported that former President Robert Mugabe has told his family members that he does not want to be buried at Heroes Acre. He also apparently said he does not want the current Zanu PF government to preside over his funeral. Mugabe is currently ill and receiving treatment in Singapore where’s he’s been for months.

Here are some reactions from Zimbabweans on the development:

He denied Ndabaningi Sithole that status, and now wants to deny himself such before he even dies; all because he is some unforgiving character that prides in bitterness. He can get buried wherever he wishes life will go on for the living despite – Tinashe Shamuyashe

A new distraction has been birthed. The fight for Mugabe’s body! Who woulda thought! Mugabe refuses to be buried at Heroes Acre. It’s going to be a lot of politicking behind the scenes. How much will the Mugabe’s accept to give in to EDs request for him to preside over funeral.

Clearly it will be a propaganda coup if ED wins and has Mugabe buried at heroes Acre, but if Mugabe gets his way then it will be another nail in ED’s illegitimacy coffin. But thats how evil these ZANU’s are sending people to negotiate with a bedridden Mugabe for political points – Baynham Goredema

It’s only but right he is buried at the Heroes Acre amongst the many whose families didn’t want them there but his regime would have none of it! ZanuPf must preside over his funeral. Heroes Acre is his final resting place we can’t be debating this one. – LindaKSibs

People must not force the Bob or the family. Nkomo was burried at the heroes acre because Bob & Zanu pf wanted to unity the nation. Nkomo also deserved to go there because he was the VP and a member of Zanu pf. Bob was expelled from Zanu pf. – Law Togaraseyi

If there is anyone who deserves to be buried at Heroes Acre, it is Robert Mugabe! He built that monstrosity at great cost to the public, then privatised it for Zanu PF, routinely used it as megaphone for instilling fear, pouring scorn on everyone else pretending it was a monument for all liberation comrades when it was not. Recall he refused to bury Lookout, Ndabaningi & more deserving heroes there because they were not Zanu PF, scoffing that they shd find their own hill. He HAS to be buried there, even AGAINST his will. – Siphosami Malunga

The only time I am going to support ZanuPF government is when they drag the casket of an unwilling Robert Mugabe to Heroes Acre. If he really wanted to make an impact he must ask that the airport be renamed Harare International. Not this childish nonsense. Selfish old man!!! – Ndaba

Mugabe’s decision lately to refuse to be buried at the national desecrated shrine is quite in order. The old man is confessing before his demise. He is saying am sorry, the shrine is a facade. It has become a symbol of oppression.  Chaapo Mutambara

A false narrative coming from The Independent claims the inaugural President of Zimbabwe has refused to rest at the Heroes Acre when his Maker finally calls him; and that the deputation led by Chief Secretary was meant to persuade him to think otherwise. – Jamwanda

Mugabe can be buried where ever he wants when he dies. Refusing to be buried at Heroes Acre doesn’t bother most of us. He is the architect of this rot together with ED and the rest of these scumbags. In fact, that Heroes Acre nonsense should be shut down. We bury criminals there – Pedzisai Ruhanya