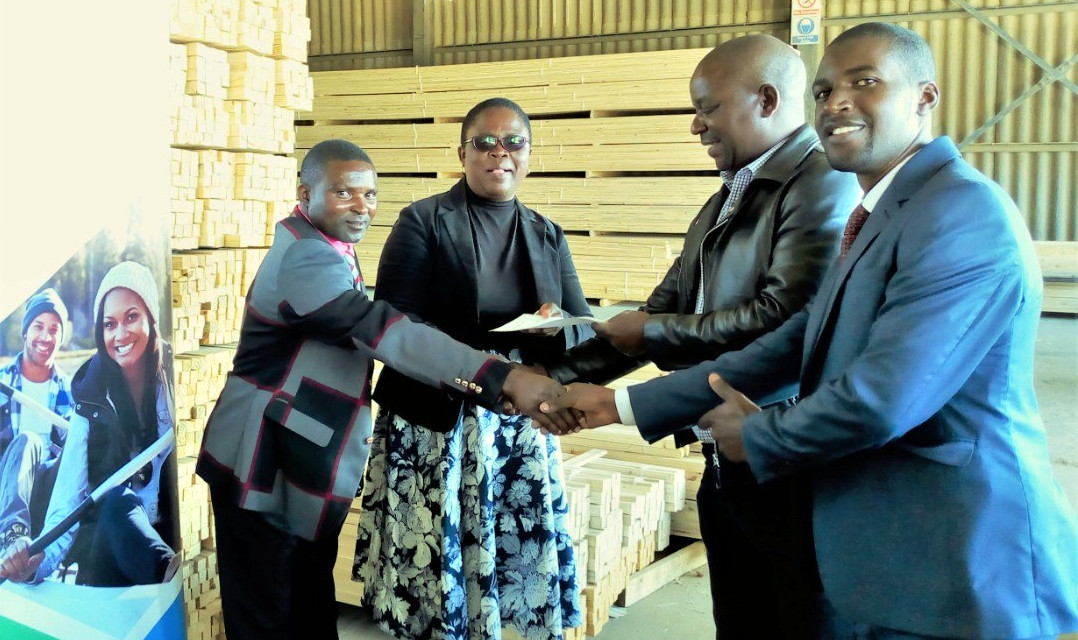 Zimnat, a local insurance company whose parent company is Sanlam in South Africa, says it has donated building material worth about RTGS 60,000 to a school that was affected by Cyclone Idai. In US dollars, the value of the material is about $5,000 at the current exchange rate.

Here’s the press release by the company:

Zimnat, in association with Sanlam, has donated roofing materials worth more than RTGS $60 000 to Gatsi Primary School in Chimanimani, which was left reeling with an accommodation crisis after Cyclone Idai swept through the area.

Zimnat donated 60 roofing sheets, 320 units of roofing timber and 30kg of roofing nails to repair the roof of teaching staff quarters damaged by the cyclone.

One of the staff houses was left with cracked walls and no roof, after the cyclone tore through the school premises lifting the roof and blowing it away.

Established in 1949, Gatsi Primary School is located in Tamba, a village in Ward Six of Mutasa District. The school has an enrolment of 900 pupils and a staff complement of 34 teachers.

The school’s headmaster, Mr Collins Mapaya, expressed his appreciation of the donation, without which, he said, the school would have been unable to repair the damage.

“Gatsi Community Primary School is excited to receive such a huge donation at a time when the economic situation is tough. There is no way the school was going to be able to repair the damage to the house and ease the accommodation crisis at the school.

“Gatsi Primary School staff are overjoyed at the thought of this improvement in their living conditions and a happy staff complement provides a warm and accommodative learning environment for the children. We are grateful to Zimnat and its partner, Sanlam, for this gesture,” he said.

Zimnat chief executive Mustafa Sachak said that when Zimnat, whose purpose is to make life better, learnt of the conditions under which teachers were living at the school, following the damage caused by the cyclone, it decided it must step in to render assistance.

“As Zimnat we are about making life better. Hence after the damage that was caused by the cyclone we had to come forward and give a helping hand with a lasting solution.

“We were moved by the stories of the difficult living conditions that the teachers are living under and, with the help of our partner Sanlam, we sourced funds for the purchase of roofing materials to help in the rebuilding effort,” he said.

“With this donation we hope the post-cyclone woes will ease off and allow the school’s teachers to commit themselves entirely, without distraction, to the academic well-being of our future leaders at Gatsi,” he added.

The donation to Gatsi Primary School is the first of three donations from Zimnat to schools affected by Cyclone Idai.
Zimnat is a diversified Zimbabwean financial group associated with the Sanlam Group, which is the largest non-banking financial services group on the African continent.

Cyclone Idai hit in mid-March this year and is one of Zimbabwe’s most destructive weather disasters ever. The cyclone cost more than 300 lives in Zimbabwe, and more in Mozambique and Malawi.