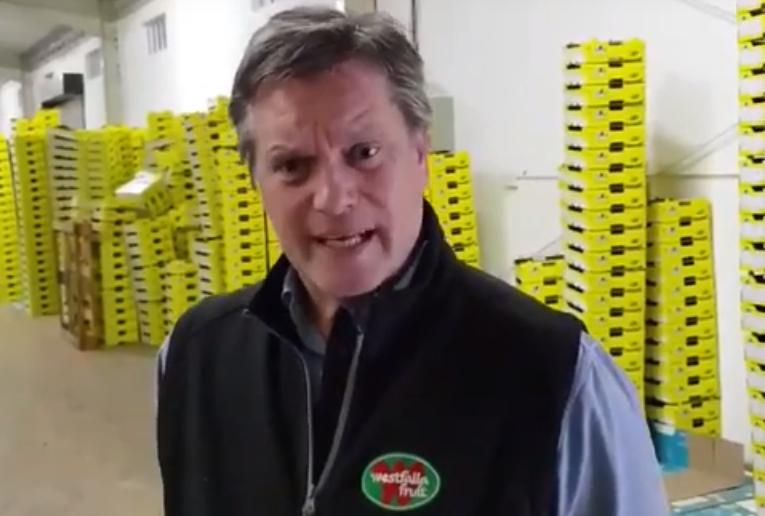 The owner of Farfell Coffee Estates, Richard Le Vieux, says in this video that the grabbing of the land and its assets was successfully stopped by President Mnangagwa.

The last few months there has been some confusion as to the correct title and tenure of this land by the company. And I’m happy to say that this has been dealt with effectively by cabinet, by the president.

It sends a positive signal to all who are producing and exporting in the country that we cannot have disruptions and we cannot have instability and we cannot have opportunistic seizures of assets, which is exactly what was going on in my case. imply for short term gain. What you’re looking at here gentlemen is a 25-year investment. it’s not overnight, and its not easy.

In February this year, prominent journalist, Hopewell Chin’ono highlighted the case of the corrupt re-allocation of Farfell Estates to Remembrance Gwarazimba who is the son of Manicaland Resident Minister. Said Chin’ono then:

This is not just land, it is a business. Why disturb a major business which exports to the world earning the country much needed foreign exchange when there is so much land lying idle in the same district of Manicaland? How will investors feel safe when they see scenes like that?

Farfell Estates is an established brand whose coffee product was even featured in a Hollywood film, Borat. Any Zimbabwean who wants land can get land because there are hundreds of farms lying idle, it is counterproductive for our country to continue taking established businesses.

In May Le Vieux was been dragged to court for allegedly refusing to vacate part of his farm for Remembrance Mbudzana. He appeared before a Chipinge magistrate where he pleaded not guilty to contravening section 3(2) ()a) as read with section (3)(3) of the Gazetted Land (Consequential Provisions) Act (occupying gazetted land without lawful authority).

The farm is located in Mount Selinda, Eastern Highlands.

Reaction to the President’s Involvement

No nick. Its note yhe cabinet or prez to deal with such isdues but courts. Strong and independant institution r needed not decision of indiv – Moses Kamanda

The min of state for Manicaland must be fired. It’s clear that rather than promoting exports in her domain she is trying to thieve them. Let’s now see progress on the other FOUR properties facing the same problem. Why are high court orders at willemse property being ignored? – farmerguy

This does not mean anything unless action is taken against the ‘opportunistic ‘ elements. Also, shouldn’t this type of thing be resolved as a matter of law without attracting the attention of the President and Cabinet?. @ddzmatara

cde @nickmangwana it shld be about the rule of law and respect of property rights and not the President.#Asakhe – @Zenzele